Editor’s Note: POLITICO Pulse is a free version of POLITICO Pro Health Care’s morning newsletter, which is delivered to our subscribers each morning at 6 a.m. The POLITICO Pro platform combines the news you need with tools you can use to take action on the day’s biggest stories. Act on the news with POLITICO Pro.

— More than 11 million Americans have contracted Covid-19, a jump of about 1 million cases since last week, as the pace of the pandemic picks up.

THIS IS MONDAY PULSE — Where after Biden promised a fast response to the pandemic, why hasn’t he solved it yet? The Onion has questions.

A message from the Partnership for America’s Health Care Future:

When it comes to what’s next in health care, let’s build on and improve what’s working, where private coverage, Medicare and Medicaid work together, not start over with a one-size-fits-all new government health insurance system. Learn more.

THE COVID SITUATION LOOKS BLEAK — The curves are all bending the wrong way.

There are now about 11 million diagnosed cases of Covid-19 in the United States and more than 245,000 Americans have died — both figures are by far the highest in the world — and those numbers will accelerate as we increasingly spend time inside this winter.

Health workers have described heart-rending conditions as they face growing shortfalls of supplies and staff, and some doctors and nurses are calling it quits under the stress of the pandemic, NYT’s Reed Abelson reports. Widespread access to vaccines and treatments like monoclonal antibodies remain months away.

Meanwhile, workers continue to encounter patients who claim that the Covid-19 crisis is driven by politics. “The ones that stick out are those who still don’t believe the virus is real,” tweeted Jodi Doering, identified as an emergency nurse in South Dakota. “These people really think this isn’t going to happen to them.”

And amid the spreading virus, there’s still a political crisis in Washington, with President Donald Trump and his administration refusing to concede.

TEAM BIDEN TRIES TO STRIKE A BALANCE — The incoming administration is working to position itself as more responsible than the last one … but also grappling with the reality that Biden won’t control the government for another nine weeks and that being too specific about Covid-19 now can backfire later.

— VIVEK MURTHY said lockdowns are a ‘measure of last resort.’ The Biden adviser and former surgeon general called for a nuanced approach on “Fox News Sunday,” saying “we have got to approach this with the position of a scalpel rather than the blunt force of an ax,” POLITICO’s Eleanor Mueller reports.

Another Biden adviser, the University of Minnesota’s Michael Osterholm, last week floated a four- to six-week lockdown should cases continue to increase. But he walked back his comments after admitting he had not spoken to anyone on the transition team about it.

— ATUL GAWANDE: The transition team is ‘ready to go.’ The physician and member of Biden’s Covid-19 advisory team said on ABC’s “This Week” that the incoming administration needs access to threat assessments, vaccine distribution plans, stockpiles and more.

“There’s a lot of information that needs to be transmitted,” said Gawande, who followed Trump official Brett Giroir on the program. “You can hear in Admiral Giroir’s voice: The doctors and scientists want to give us that information. It is vital.”

But while Team Biden repeatedly warns that the transition is being slowed by Trump’s refusal to concede, the current administration is working to focus attention on its own efforts to respond to the outbreak.

TRUMP TEAM CONTINUES TO TOUT GOOD VACCINE NEWS — Leaders of the Trump administration’s effort to rush vaccines and treatments on Friday said that as many as 20 million Americans could get vaccinated in December, with tens of millions of Americans to follow in the subsequent months, POLITICO’s Sarah Owermohle reports.

That timeline depends on the Food and Drug Administration authorizing the emergency use of one or more vaccines — which could happen in a matter of weeks, noted Moncef Slaoui, the operation’s top scientific adviser.

— Pfizer announced promising data last week suggesting its vaccine is more than 90 percent effective, and has said it will apply to FDA later this month. Moderna, which is working closely with the National Institutes of Health, is preparing to announce its own efficacy data in a matter of days. An emergency-use application could soon follow, Slaoui said.

MEANWHILE: THE MIDWEST IS STRAINING FROM SURGE — The hard-hit region is dealing with record outbreaks, prompting new state restrictions and political fights.

“The situation has never been more dire,” Whitmer said at a press conference. “We are at the precipice and we need to take some action.”

While Whitmer’s move was hailed by public health experts, it drew derision from Scott Atlas, the conservative radiologist and presidential adviser. “The only way this stops is if people rise up. You get what you accept,” tweeted Atlas, who later claimed he wasn’t encouraging violence.

“Our doctors and nurses heroically working on the front lines need our help, and they need it now,” said Burgum, who’s spent months fighting a mask mandate and other mitigation measures. “Our situation has changed, and we must change with it.”

White House coronavirus coordinator Deborah Birx last month said that Bismarck, N.D., residents were the worst she had seen at following masking and social distancing guidelines. Writing in the Inforum, Patrick Springer and Jeremy Turley traced how the state’s outbreak became the worst in the nation.

MINNESOTA: STATE SENATE LEADER TESTS POSITIVE — Paul Gazelka on Sunday said that he’d contracted the virus, days after the Senate GOP held a Nov. 5 caucus meeting and the virus began to spread among senators and their staff. Gazelka and his GOP colleagues also reportedly threw a large dinner party of more than 100 attendees that day. Meanwhile, Republicans didn’t inform their Democratic counterparts that the virus was spreading in their ranks, Minnesota Public Radio reported.

Susan Kent, the state Senate minority leader, called for Gazelka’s resignation for his handling of the virus.

WHAT NACCHO IS TELLING TEAM BIDEN — The National Association of County and City Health Officials is out with recommendations for the transition, calling for local health departments to be incorporated into the Covid-19 response and demanding an end to “the cycle of boom-and-bust funding” for government health programs.

The group also is warning that local health departments have suffered from years of under-funding and were particularly hard-hit by the Great Recession, leaving them poorly positioned for the current crisis.

“In many communities they never recovered, and when COVID-19 emerged our local health departments network across the country was down 21% of their workforce capacity as a whole,” NACCHO writes. 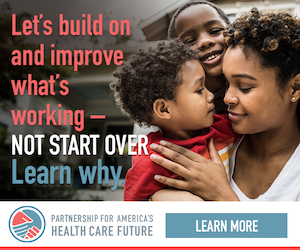 FIRST IN PULSE: WARREN, GRASSLEY PUSH FDA ON HEARING AID REGS — The Massachusetts Democrat and the Senate Finance chair are urging FDA to issue its overdue proposal to overhaul over-the-counter hearing aid regulations, which was required by Section 709 of the FDA Reauthorization Act of 2017 (S. 934 (115)).

The two lawmakers teamed up on the 2017 Over-the-Counter Hearing Aid Act, which required the FDA to issue proposed regulations — changing how certain hearing aids were categorized and ensuring new safety protections — by Aug. 18, 2020.

“[D]espite the pandemic, hearing loss continues to be a problem for millions of Americans, and we believe that the FDA must also make issuing the OTC hearing aid regulations a priority, consistent with the law,” Warren and Grassley write in a letter shared first with PULSE.

MICHAEL CAPUTO REMAINS ON LEAVE — HHS’ top public affairs official, who took a 60-day medical leave on Sept. 16, is continuing to undergo treatment and won’t be coming back yet, an HHS spokesperson said. Caputo has since changed his Twitter name to “Cancer Slayer” and offered occasional updates on his care.

DON MAY to join Federation of American Hospitals. May, who’s been a top official at AdvaMed, is set to become FAH’s senior vice president of policy next month. May also has worked at the Farragut Square Group, the American Hospital Association and The Lewin Group.

ANGELA RASMUSSEN to be affiliate of Georgetown. Rasmussen, who’s been an outspoken virologist at Columbia during the Covid-19 crisis, will now be an affiliate of the Georgetown Center for Global Health Science and Security.

SO HOW DIVIDED ARE WE ON HEALTH CARE? — The Forum at the Harvard T.H. Chan School of Public Health hosted a discussion on health politics and possibilities after the election, with Harvard’s Robert Blendon and POLITICO’s Joanne Kenen.

Joanne tells PULSE that the two discussed Biden’s big health care ambitions – and the likelihood that the Senate will thwart many of them. They recalled that Trump, having run into his own senatorial brick wall when he tried to repeal Obamacare, was nevertheless able to use executive and administrative powers to significantly re-shape health care — and that Biden can use those same powers to undo what Trump did and then act on some of his own health care priorities. They raised the possibility that there could be some bipartisanship on rebuilding the U.S. public health system, not just at the CDC but in cities and counties.

Answering the fundamental question of how deeply divided the country is, Blendon used social science, polling and research to illuminate the deep divide. Joanne, throwing her arms out wide, said the Mommy in her would say, “How far apart are we? So far.”

A message from the Partnership for America’s Health Care Future:

We still have work to do to ensure every American has access to affordable, high-quality health coverage and care. Let’s build on and improve what’s working in health care, where private coverage, Medicare and Medicaid work together to ensure every American is able to access the high-quality coverage and care they deserve – not start over. Learn more.

Why don’t we have rapid self-administered covid tests yet? Esquire talks to Bob Kocher, who helped lead California’s testing efforts, about what the U.S. strategy is still missing.

It’s now up to governors to work together to slow the spread, Scott Gottlieb and Mark McClellan write in the Wall Street Journal.

Trump has largely tuned out the pandemic surge even as he focuses on contesting his election loss, the Washington Post’s Ashley Parker, Josh Dawsey, Yasmeen Abutaleb and Philip Rucker report.