Have you ever wondered what it takes to become a walking guide in the African bush?

Becoming a walking guide is a long journey, it takes experience and special skills to lead guests on foot through the bush and offer them an exciting and educational walking safari.

For those who aspire to become a walking guide, they must train in a variety of disciplines, including learning how to handle a large calibre rifle, understanding animal behaviour and predicting potentially dangerous situations, and ultimately mastering how to host a walking safari in the bush.

This is why in 2015, we started our own guide training programme which incorporates walking guide training. Run by Pietro Luraschi, who heads up our guiding and guide training team, the program starts off with a month-long course of ‘soft skills’ such as understanding guest needs, and cultural awareness. The program then moves into the basics of safe rifle handling, advanced free-standing target shooting and managing animal encounters on foot. For those who are successful, the one-year training program concludes with an advanced session of shooting training and assessments, as well as one final Lead Walking Guide assessment in the guide’s area of work. At the end of the program, each guide is awarded The Asilia Walking Guide qualification for their dedication, learning and diligence.

Read more about what it takes to become a walking guide with Asilia’s very-own Guide Training Programme here:

All the way from Bukoba, situated in the northwest of Tanzania on the southwestern shores of Lake Victoria,  Hamza first joined Asilia in 2012 as a guide, guiding from Roho ya Selous and Rubondo Island. The most versatile of all in the team, he was one of the first guides in our walking training program in 2015. The following year he graduated as a lead walking guide and has been offering guests exceptional walking safaris in Ruaha, Selous, the Serengeti and in Tarangire since. 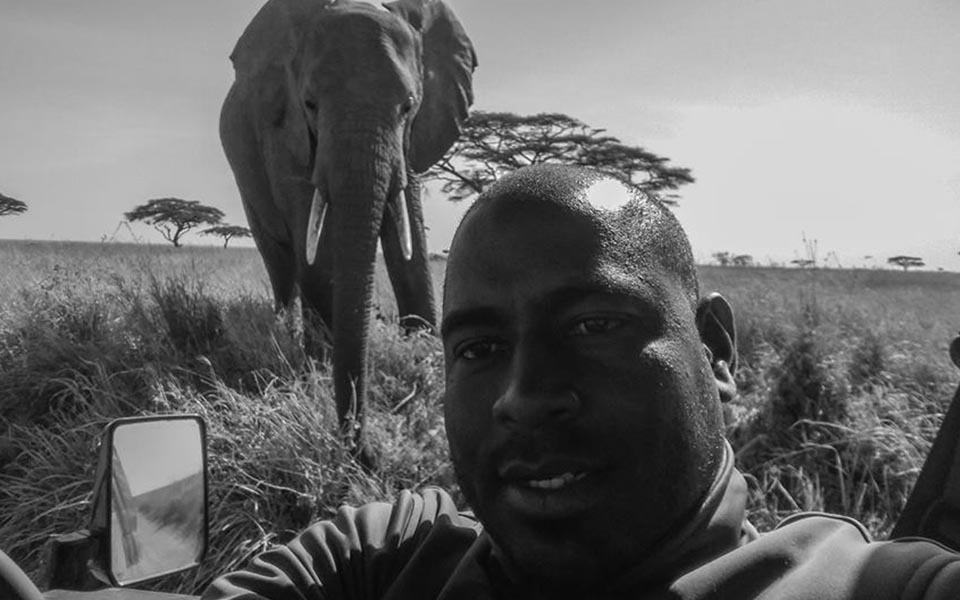 A Maasai tribesman from Ololosokwan, one of the ingopirr of the Korianga (assistant of the warrior), Partena started his Asilia career as a housekeeper in 2004 and then became a guide in 2010. From the first training which took place in 2015, he obtained the qualification of back-up walking guide and completed his qualification as a lead walking guide the following year. He now walks at Namiri Plains and knows the short grass plains like the back of his hand.

Born in Arusha, Erasto started working in the wild as a driver within the hunting industry, but his enthusiasm for wildlife motivated him to join Asilia in 2012. He became a lead walking guide in 2016, exploring the bush on foot and sharing his passion with his guests. He has walked in the eastern Serengeti and explored the elephant ridden hills around Oliver’s Camp in Tarangire. Today, he leaves his footprints alongside the Mara River where he guides at Sayari.

Leonard’s history with Asilia goes back to 2012 when he joined as a guide at Sayari,  becoming an expert of the area with its vast open plains and rolling hills stretching as far as the eye can see. Now he leads walks in the great wilderness of the Selous Game Reserve.

A childhood dream come to life – from waiter to walking guide. Tony joined the Asilia family in 2014. He showed much enthusiasm in becoming a walking guide and just a year later he completed his first walking guide course. He became back-up guide and the next year obtained his lead walking guide qualification. He has walked extensively in Ruaha National Park and now he is enjoying the woodlands along the Ngare Nanyuki.

Mbeya as his hometown and Ruaha as his first guiding playground, Leverd became part of the Asilia family in 2014 as he was one of the Kwihala main guides when the camp was first acquired by Asilia. He then was certified as a back-up walking guide in 2015 and eventually started leading walks in 2016. After a couple of years in Northern Serengeti now he is taking on one of the best walking grounds in Tanzania, Tarangire National Park. 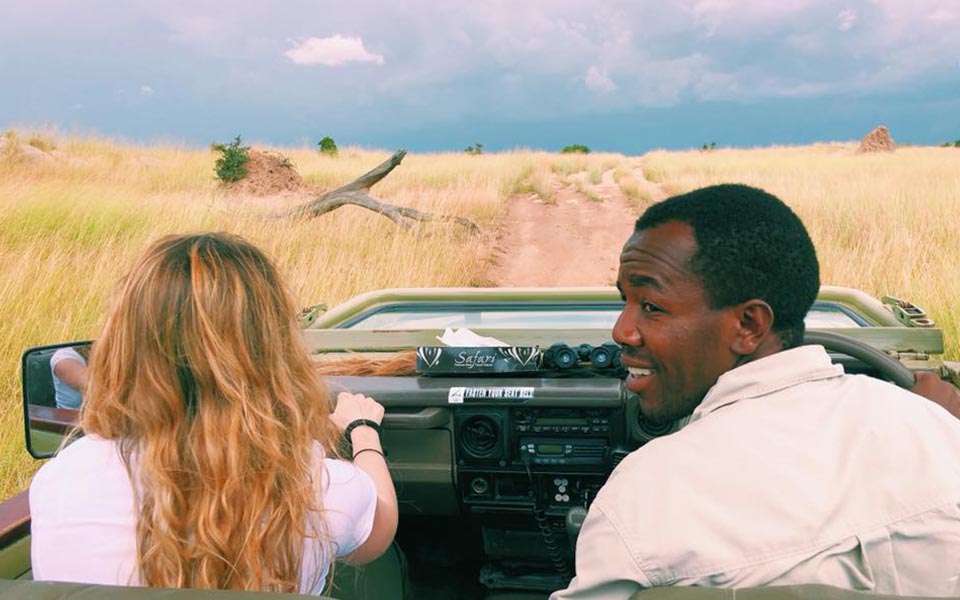 An old Selous Game Reserve soul originally from Bukoba. Walter joined us two years ago. Since becoming a qualified walking guide, he has walked the Serengeti and kicked off this season in Ruaha National Park, where he now leads guests from Jabali Ridge into the baobab filled landscape of the Mwagusi valley.

Son of a wildlife ranger and born in Dar es Salaam, Saidi experienced the bush from a young age. before becoming a guide, he worked in various positions – waiter, storekeeper, boat driver, driver, but he was always based in the wild. He joined Asilia in 2014, and three years later he decided to join our walking guide training program. In 2018 Saidi started his meandering with guests in the bush. After spending a year at Sayari, he now spends his days amongst the elephants and buffaloes of Tarangire.

As a proper “enfant du pays” – child of the country, Moinga was born in Ololosokwan, and came to Asilia with the dream of becoming a guide in 2015, which is exactly what he did. After completing all the necessary training and completing his 100 hours as a back up guide, Moinga qualified as a lead walking guide. His first year walking solo was spent in Ruaha National Park but now moves with the Great Migration at Kimondo Migration Camp.

We could not be prouder of Moinga Timan, who was awarded The Tanzanian Guide of the Year Award for 2019! 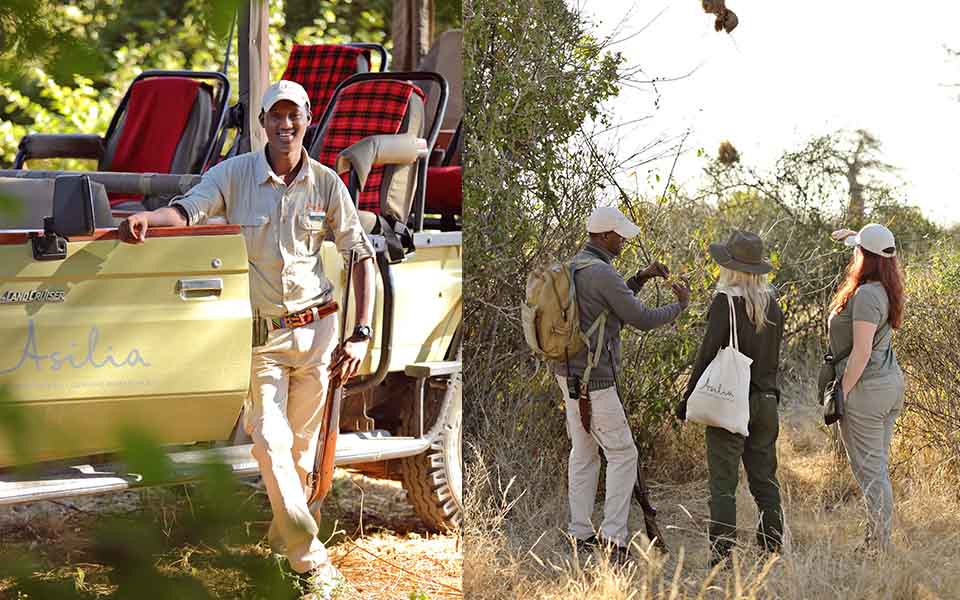 Arusha born and raised, Emmanuel wanted to become a guide and knocked on Asilia’s door in 2015. He was selected for the foundation course that he passed and after a year as a trainee, he became a fully-fledged guide. In 2017 he was selected for the walking course. He first qualified as a back up and the next season he became a lead walking guide. Possibly the best marksman in the company he now walks amongst the wildebeest near Kimondo Migration Camp.

Born in Ololosokwan on the eastern border of the Serengeti, Emmanuel lived in the wild all his life. He entered the Asilia guiding team in 2014 and has been guiding ever since. Becoming a walking guide has always been a goal for Emmanuel and in 2019 he embarked on his new journey of leading guests on walking safaris. Now he is exploring the ridges and kopjes overlooking the Mara river showing guests the wonders of all things that are visible only on foot.

Having first joined the Asilia family as a trainee guide,  he is now a fully qualified walking guide and the head guide at Kwihala Camp. Charles started his guiding career with Asilia in 2016. His passion for walking led him to join the walking guide training programme in 2018, and after completing a minimum of 120 hours of experience and being mentored by a senior guide, he reached his goal and is now a qualified walking guide as well.

He now walks the Ruaha wilderness, meandering through sand rivers and rocky outcrops, where baobabs and elephants are king. 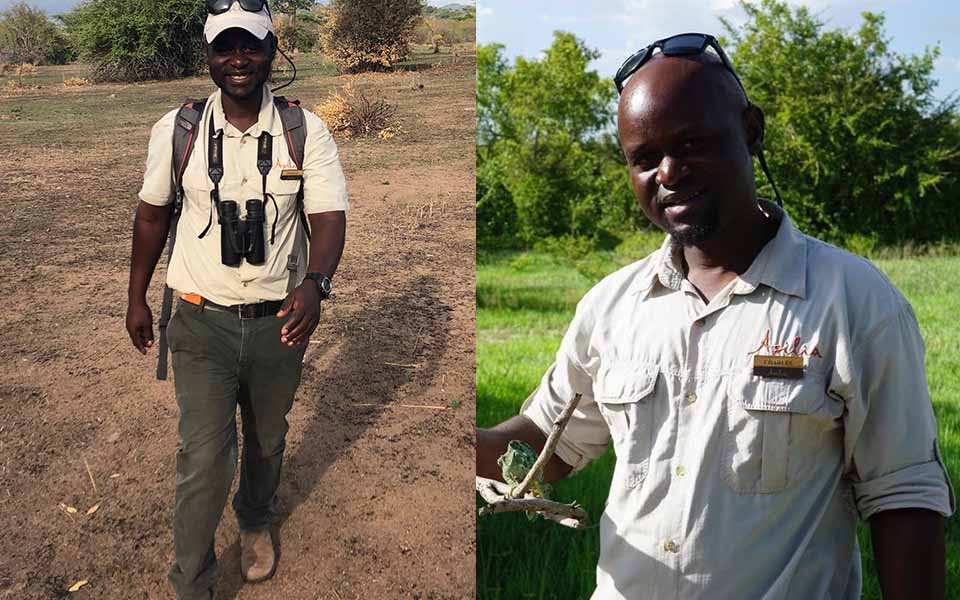 Most had not shot a rifle before, let alone touched one. And most, even though they may be highly experienced vehicle guides, had not set foot in the African savannah before. To train a safari guide in the intricacies of being able to conduct a safe walking safari is grey hair-producing stuff and everyone in our group of three guide trainers has many of those ugly little things. – Tony Reumerman, Trainer and Guide – Asilia Africa

So what are you waiting for? Get in touch with us or your usual travel agent and ensure you have the chance to see one of the most beautiful places on Earth from the best seat in the house!