Najin and Fatu are the last two northern white rhinos on the planet, however, neither of them are able to carry a pregnancy due to their old age. On August the 22nd, a groundbreaking procedure was carried out in the Ol Pejeta Conservancy, providing the conservancy with a chance to raise the next generation of northern white rhinos, fueling hope for the survival of the species in the future. 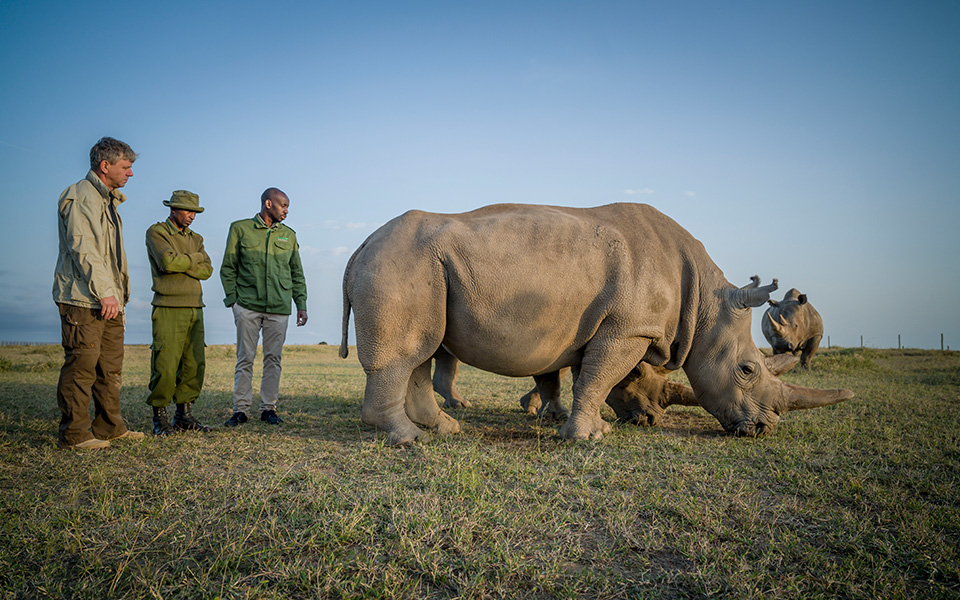 An international group of scientists and conservationists joined together and completed a procedure that will bring us one step closer to saving the northern white rhino species. The team took on the huge task of harvesting 10 eggs in total – five from Najin and five from Fatu. What makes this so special is the fact that this procedure has never been attempted in northern white rhinos before.

These precious eggs will now be artificially inseminated with frozen sperm from Suni and Saut, two male northern white rhinos, who have also passed away. In the near future, the embryo will be transferred to a southern white rhino surrogate mother.

The procedure to harvest eggs from the females was conducted with a probe, guided by ultrasound, which harvested immature egg cells (oocytes) from the ovaries of the animals who were under general anaesthetic. Video credits: Ami Vitale

The Kenya Wildlife Service (KWS), Leibniz Institute for Zoo and Wildlife Research (Leibniz-IZW) Berlin, Avantea, Dvůr Králové Zoo, and Ol Pejeta Conservancy joined together to make this groundbreaking procedure happen and we will be sure to keep an eye on the proceedings.

The anaesthesia went smoothly without any complications, there were concerns that this may not be the case because of their age. Video credits: Ami Vitale

Najin and Fatu responded well to the procedure and today, are back to their normal selves. Video credits: Ami Vitale

“On the one hand, Ol Pejeta is saddened that we are now down to the last two northern white rhinos on the planet, a testament to the profligate way the human race continues to interact with the natural world around us.  However, we are also immensely proud to be part of the groundbreaking work which is now being deployed to rescue this species.  We hope it signals the start of an era where humans finally start to understand that proper stewardship of the environment is not a luxury but a necessity.” – says Richard Vigne, Managing Director of Ol Pejeta Conservancy.

We have only got this far because of the support and belief of people like you – so, from Najin, Fatu and the rest of the Ol Pejeta team, thank you!

After successfully harvesting 10 eggs from the world’s last two northern white rhinos, Najin and Fatu, 7 of the eggs have successfully matured and have been artificially inseminated through ICSI (Intra Cytoplasm Sperm Injection) using sperm from Suni and Saut, two northern white rhino bulls. Thankfully, the eggs have shown a high rate of maturation and we are hopeful about the outcome. 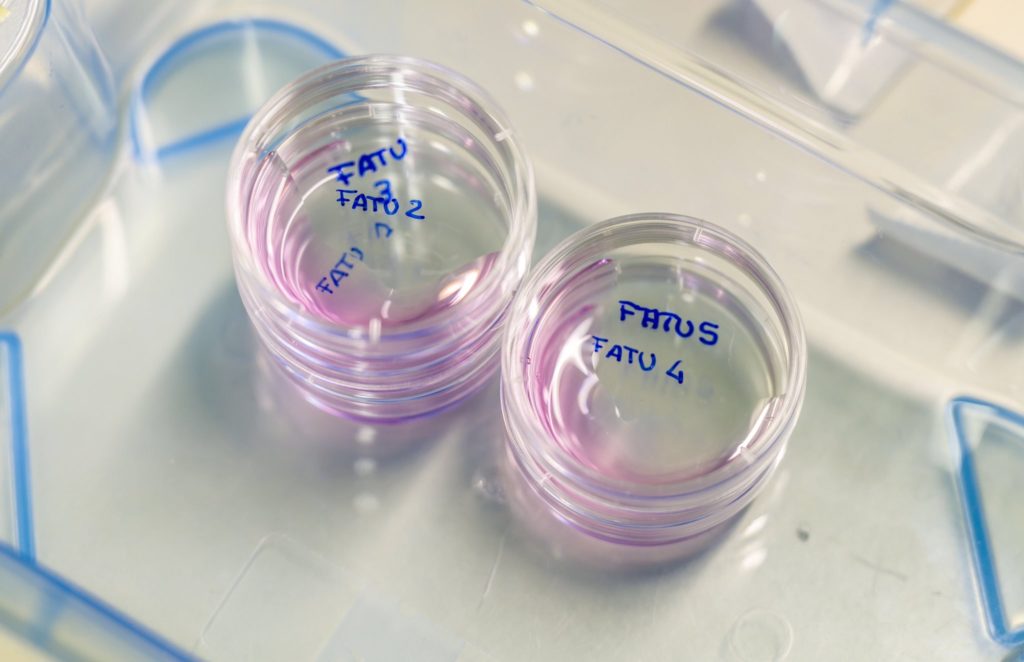 On the 11th of September, Ol Pejeta Conservancy confirmed that two northern white rhino embryos have been successfully matured and fertilised. The embryos are currently being stored in liquid nitrogen and – in the near future, the embryos will be transferred to a southern white rhino surrogate mother. 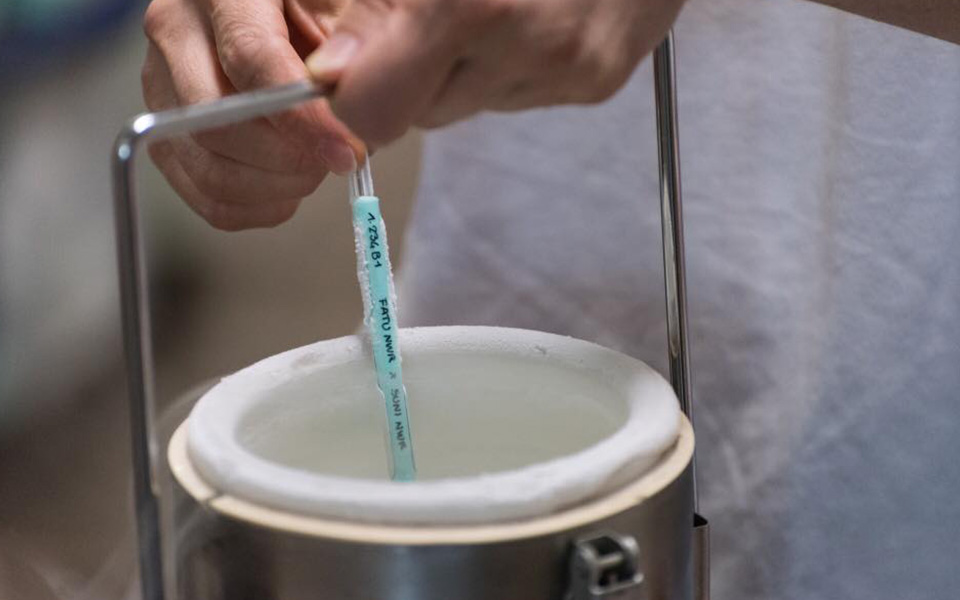 This effort was achieved at Avantea Laboratories in Italy, by Prof. Cesare Galli and his team.

Today we are thrilled to announce that, a little before Christmas, the team of scientists and conservationists at Ol Pejeta Conservancy have created one more northern white rhino embryo! This means we now have a total of three embryos stored in liquid nitrogen to be transferred into a surrogate mother in the near future.

We will be sure to update you as soon as there are developments.