Jennifer Lopez sheds happy tears while talking about Super Bowl Halftime Show: ‘I got emotional because we worked so hard’

By Kevin Kayhart For Dailymail.com

It had been Jennifer Lopez‘s life-long dream to perform during the Super Bowl Halftime Show.

And now, following rave reviews of her 15-minute performance with Shakira, the triple-threat artist shed a few happy tears during an appearance on The Tonight Show Starring Jimmy Fallon on Friday.

‘I got emotional because we worked so hard,’ she told Fallon as she wiped away tears from her eyes in the opening moments of her sit-down. 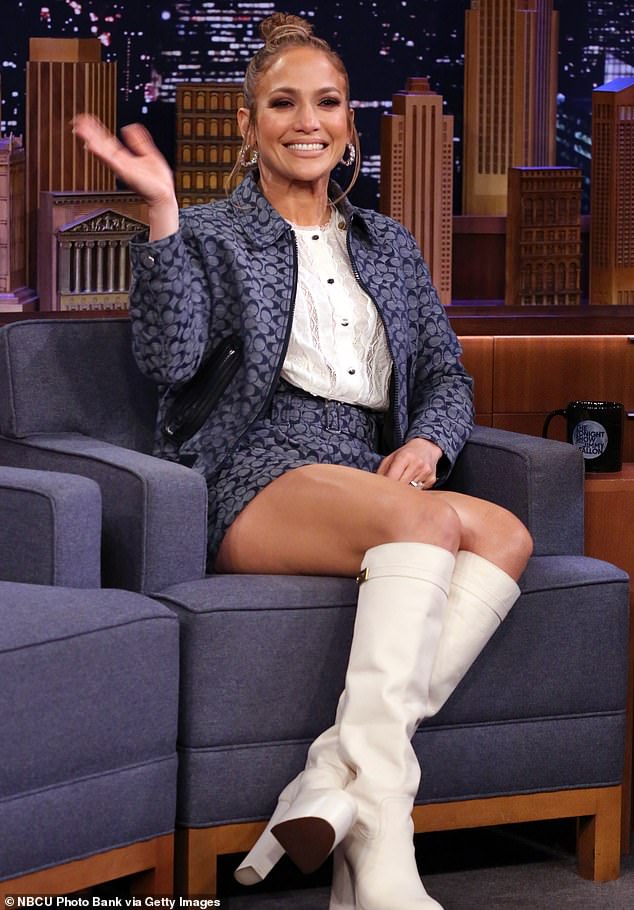 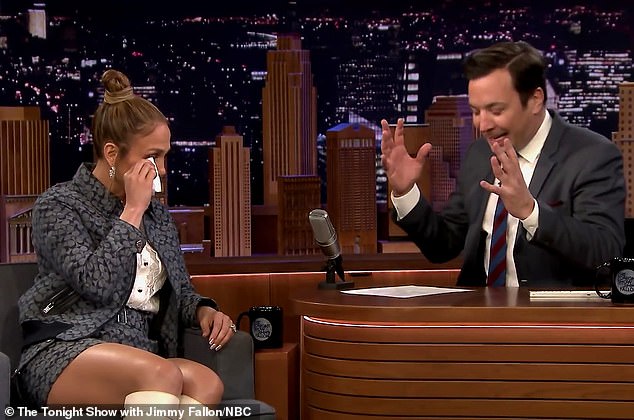 Emotional: The triple threat artist, 50, shed some happy tears when she talked about her Super Bowl Halftime performance last Sunday

‘What a great halftime show,’ the host gushed to Lopez after she got a rousing applause from the audience.

‘That was unbelievable,’ he added, which garnered a flurry of big proud smiles from JLo.

After firing off more affectionate praises, Fallon asked the Love Don’t Cost A Thing singer about the preparations in the lead-up to the high-pressure gig. 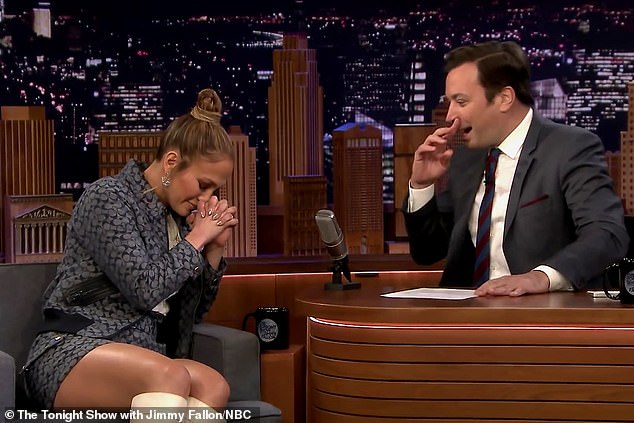 Magical moment: Lopez was visibly moved by the rousing cheers from the crowd and Fallon’s seemingly endless compliments about her Super Bowl show 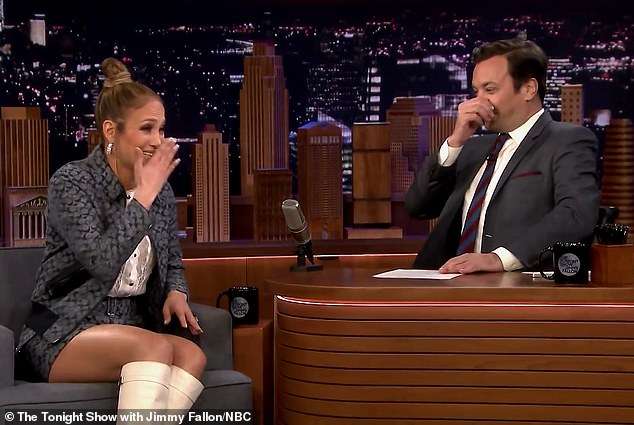 Spontaneous: ‘I got emotional because we worked so hard,’ she told Fallon 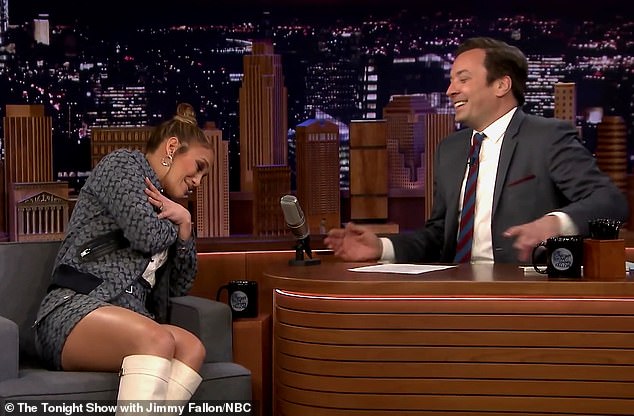 ‘We started working in November for my set, and you know, it was just every single day, every single day. It’s a short amount of time, you know what I mean? But so much goes into that moment.’

She then gave a nod of respect to all the people who worked behind-the-scenes to make the halftime show magical.

‘It’s hundreds of people. They put that stage together in seven minutes.’

She added, ‘And then you get on it, and then you rock; it’s crazy. It’s such a big deal. I’m just glad everybody liked it! That’s why I got emotional.’ 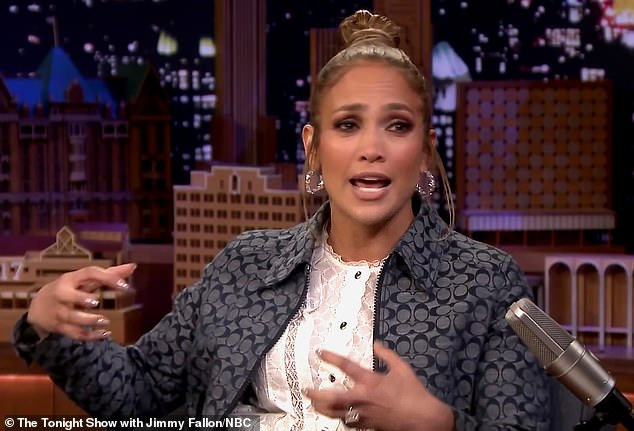 Putting in the preps: The Love Don’t Cost A Thing star revealed that she began rehearsing for the Super Bowl show in November 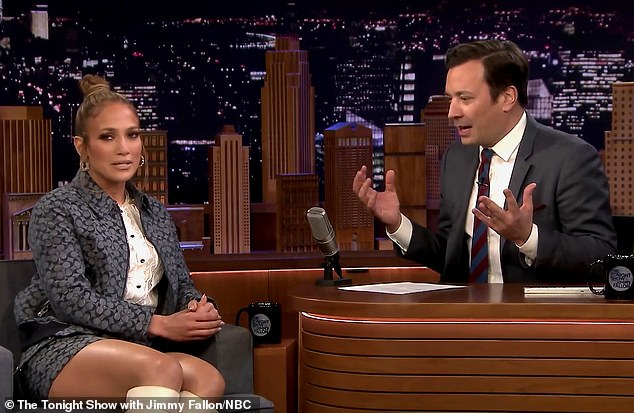 Humbled: The singer, dancer and actor gave a nod of respect to all the people who worked behind-the-scenes to make the halftime show magical

Lopez, 50, also lit up with pride when talking about her daughter Emme’s surprise performance during the song Let’s Get Loud.

‘She has the performance gene. She doesn’t let it in her mind how big it is or how it scares you,’ the mother of two said of her 11-year-old.

‘I wish I didn’t realize all of the ramifications of all the thousands of things that could go wrong, which is what makes you nervous. But she has a good time with it, and I would never make her do it if she felt uncomfortable in any way.’ 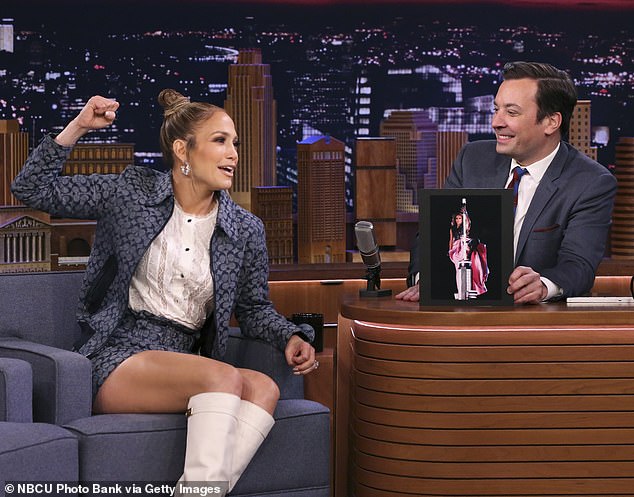 Proud mom: Lopez also lit up when chatting about her daughter Emme’s surprise appearance during the halftime show: ‘She has the performance gene’ 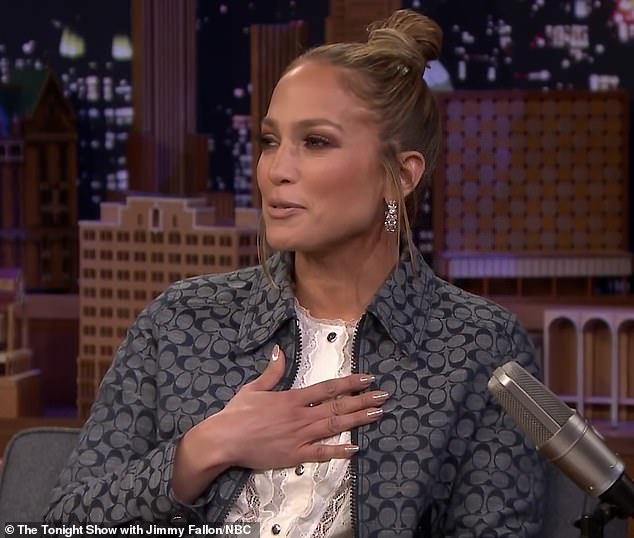 Up next: The Bronx, New York native is set to star in the upcoming romantic comedy Marry Me