There were 11 tornado reports Thursday, across three states. Numerous trees fell, including one that fell across interstate 285 in Atlanta, blocking all but two lanes of traffic for hours and injuring one person.

Both Atlanta Hartsfield-Jackson Airport and Charlotte Douglas International Airport had ground stops Thursday because of the storms. 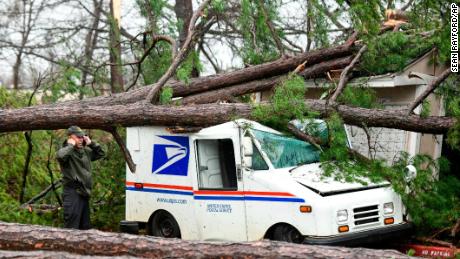 A North Carolina man died after his vehicle hydroplaned and went into a creek, the Gaston County Sheriff’s Department told CNN. The victim was identified as Terry Roger Fisher.

Get more weather news from around the world >>>

The storms also brought significant flooding to the area, covering roads, collapsing a bridge and bringing rivers out of their banks.

The South Fork Catawba River reached levels it hasn’t seen since 2003. Charlotte also set a daily record for rainfall on Thursday at 3.16 inches of rain, shattering the old record of 2.91 inches set in 1955.

“I am enabling the mobilization of state resources to be utilized in support of cities and counties in need,” he said Friday.

Oregon Gov. Kate Brown issued a state of emergency for three counties, according to tweet from her account.

The Oregon National Guard said on social media Friday that 10 people, including two emergency responders, were rescued from floodwater during the past two days.

In South Carolina, there were two tornado reports in Spartanburg. The Saluda River near Greenville reached 15.94 feet, which is the highest it’s been since 1964. 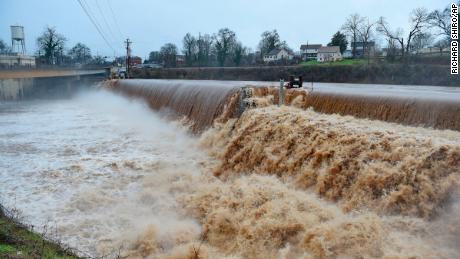 No injuries were reported after the crash, according to CNN affiliate WFTS.

A storm with strong wind gusts knocked out power to 35,000 customers in New Hampshire, officials said Friday night. Full restoration may not occur until Sunday.

Snowy conditions slowed travelers all across the South. El Paso, Texas, received 2 inches of snow at the El Paso International Airport. Other parts of the city received 3-4 inches of snow. 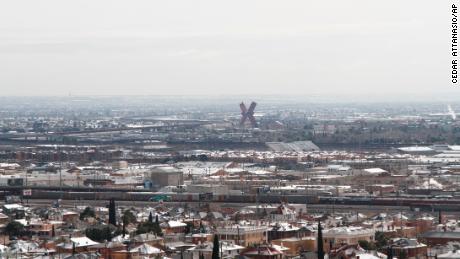 According to the National Weather Service in Norman, Wichita Falls, Texas, officially measured 3.3 inches of snow, which is a daily record. The old record was 1.7 inches set in 1964.

This is also the most snow officially measured at Wichita Falls on any day since 4 inches fell on Feb 2, 2014.

In Oklahoma City, 4.6 inches of snow fell at the Will Rogers World Airport. This is also a daily record for the airport and the most snow they’ve seen on any day since 2011.