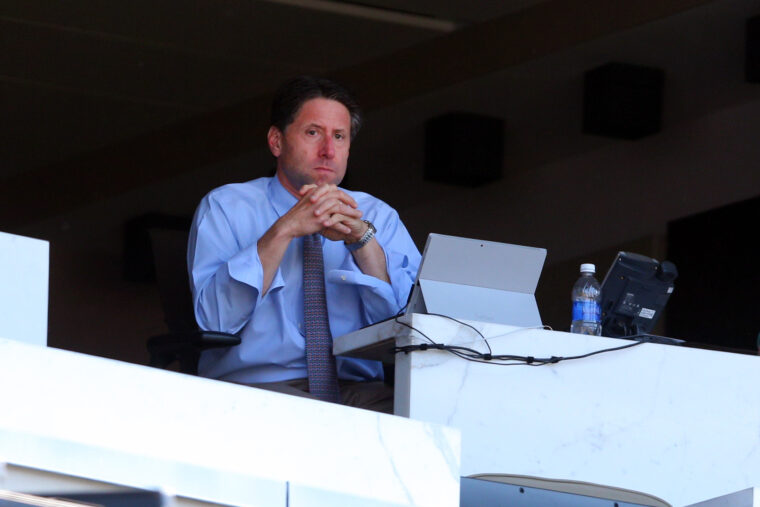 Sterling Equities released a statement on Thursday night saying that they still intend on selling the Mets.

It’s been a long week for us all, but (mercifully) it’s almost over. Here’s what you need to know:

On Thursday, Thornton McEnery of the New York Post reported that a key reason for the breakdown of Steve Cohen’s purchase of the Mets was none other than Jeff Wilpon himself. The younger Wilpon reportedly made several demands towards the tail-end of negotiations, including (but probably not limited to) a desire for total control of operations throughout the five-year transition period, as well as a senior role once Steve Cohen took the wheel.

To make matters worse, a source close to Evan Roberts of WFAN also reported that among Jeff Wilpon’s incessant demands was a request for a pay increase from his current $2.5M to $4M by the end of the five-year transition.

To top it off: According to Erik Boland of Newsday, MLB commissioner Rob Manfred does not believe that Steve Cohen will be purchasing the New York Mets. In a statement made on Thursday, Manfred also noted that he thinks blaming the Wilpons for the deal’s failure is “unfair.”

Yoenis Cespedes tweeted out a video on Thursday, essentially “calling out” some of his critics. In the black and white video – during which the voices of said critics can be heard in the background – the outfielder is seen preparing for the upcoming season.

Per MiLB.com: Open workouts for the 2020 New York Mets officially start on Wednesday, February 12 in Port St. Lucie, Florida. The public is welcome to attend.

J.D. Davis says that he is set on improving his defense in 2020.

According to Marc Topkin of the Tampa Bay Times, Rob Manfred has said that he will complete investigations of the Boston Red Sox before spring training camps are set to open. Additionally, Manfred stated that there will be new regulations regarding video use.

Per Mark Feinsand of MLB.com: MLB has announced several hires and promotions. Included are Joe Torre‘s new role as Special Assistant to the Commissioner and Gregor Blanco – who spent a portion of last year with the Mets in Triple-A – as a Senior Director of Baseball Operations.

Matt Gelb, in his latest for The Athletic, shared one thought for each of the sixty-nine players arriving at spring training for the Philadelphia Phillies.

The importance of Amed Rosario coming out of the gate hot in 2020 cannot be understated, says Matt Musico.

This Day in Mets History

1979: Left-handed reliever Jesse Orosco is the “PTBNL” in the Mets’ trade of Jerry Koosman to the Minnesota Twins.