The consensus Greatest Light Heavyweight champion of all time, Jon “Bones” Jones is set to make his return to the octagon this Saturday. Jones is coming off a win against Thiago Santos in July of last year. He is set to defend his title against Dominick Reyes at UFC 247.

In the build-up to his fight, Jones sat down to answer the media questions. Jones talked about the nerves leading up to the fight. However, he said that his nervousness outweighs his excitement. Jones had some harsh words for Dominick Reyes’s silly comments made throughout the fight week. 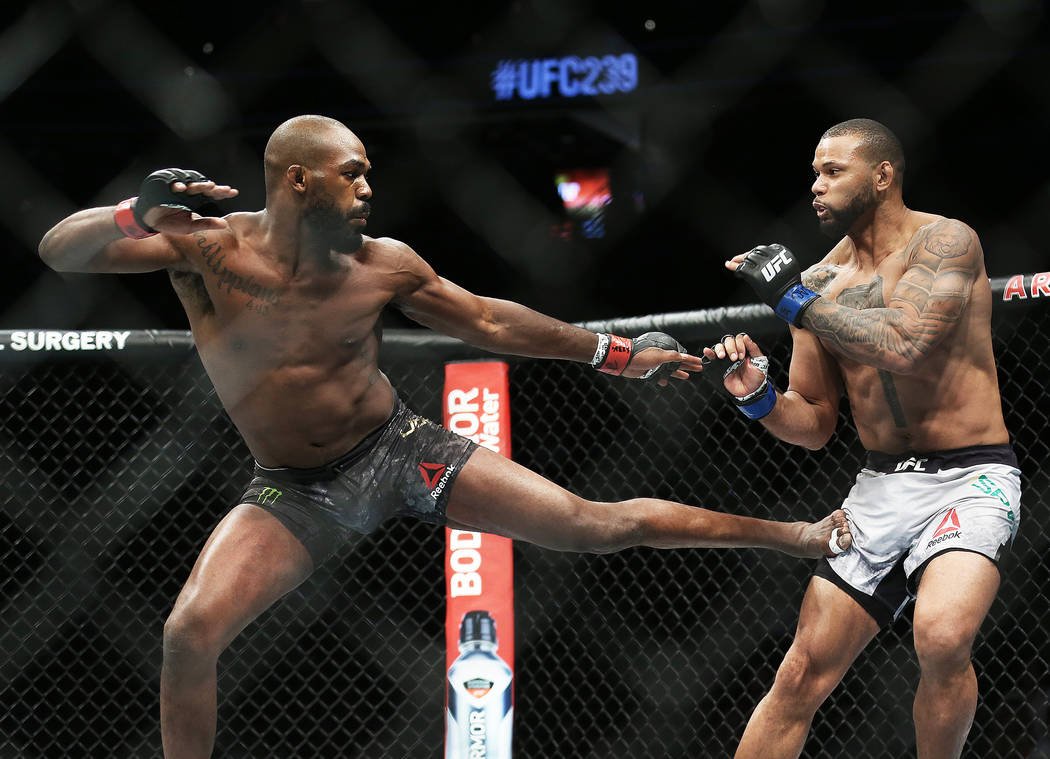 Jones then spoke about his former rival Daniel Cormier. Jones and Cormier have competed in two highly competitive fights. The first one ended in a decision which Jones handed Daniel Cormier his first loss. In the second fight, Jones was able to finish Cormier in the third round.  But, this fight was later overturned to a no-contest after Jones failed a drug test. There were speculations about a third fight since their rivalry was hot. But, it never came to fruition as Cormier moved to heavyweight.

However, Jon Jones recently announced that his beef was Daniel Cormier was over. He had some kind words for his former rival.

You know I look at Daniel Cormier as an inspiration. For him to be a champion at 40 years old, dominating guys much younger than him. He lets me know that if I do the right things, there’s no reason why we can’t keep up with this next generation of fighters. That’s the goal, that’s the motivation. Thank you for the motivation, Daniel Cormier”

Read: “My Beef With Daniel Cormier is All Over”: Jon Jones

At 32 years old, Jon Jones looks unstoppable. Nobody has ever been able to beat him. The only loss on his record is due to a disqualification. He has faced elite-level competition ever since he stepped into the UFC. With the level of skills that he possesses, it is highly unlikely that anyone will be able to dethrone him. He can be the champion as long as he wants to. The only way he can lose is if he gets caught.