So far the results have been mixed. While administration insiders say the government-wide rollout has been better-coordinated than previous disjointed efforts, there has also been a significant amount of chaos and confusion on the ground. Travel officials have struggled to adopt to new rules, and state and local officials say they haven’t gotten sufficient guidance from federal authorities.

Meanwhile the White House is keeping a close eye on the potential impact the situation may have on a strong economy that Trump plans to tout in the coming election year.

“There were a variety of folks who thought that was where we should go, but the medical science wasn’t there yet,” a senior administration official said.

Among those advocating for a travel ban were Matt Pottinger, the deputy national security adviser, and National Economic Council Director Larry Kudlow, who argued the long term economic effects of a coronavirus contagion in the US would be far worse than whatever short-term damage a travel ban may incur. A National Security Council spokesperson declined to comment.

Backing their efforts was Sen. Tom Cotton, the Arkansas Republican. In multiple conversations last week, Cotton encouraged Trump to consider his proposal to ban all commercial flights between the US and China, a senior Republican aide said. 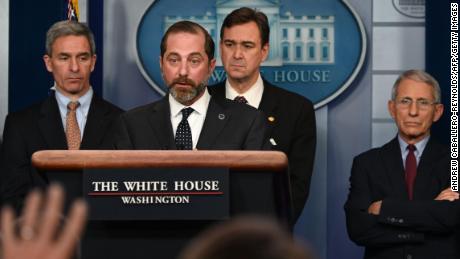 Some of the initial resistance to the travel ban came from Health and Human Services Secretary Alex Azar, who expressed concern about the amount of resources the travel restrictions would require, as well as the administration’s ability to effectively implement them, one administration official said.

An HHS spokesperson declined to comment on internal discussions, but said “this continues to be a rapidly evolving situation and the Administration’s actions have evolved with it, informed every step of the way by our public health experts.”

Over the last week, the continued increase in the number of US coronavirus cases changed the calculus both among health experts inside the administration and at the headquarters of several US airlines.

Initially, US airlines were alarmed by reports that the US was considering a travel ban, but by the end of last week, the major US carriers made clear to the administration that they would not oppose travel restrictions, an administration official said.

Carriers including United, American and Delta began to reduce the frequency of their China flights, citing a decline in demand.

The senior administration official said Trump — pushed by Cotton and others — was already open to travel restrictions as the next step, but was ultimately swayed by the medical officials’ recommendation. The measures are set to be reviewed every two weeks.

Inside the White House, advisers are working to assess the potential damage the outbreak may do to the economy. So far, the effects have been limited, and advisers say they don’t expect a major impact from the virus unless it escalates dramatically.

National security aides — buttressed by a coronavirus task force –convene regularly to develop plans to prevent the virus from spreading. Trump himself receives regular updates from a task force headed by his health secretary, as well as less formal updates from Republican allies and outside advisers.

Some lawmakers’ concerns have been alleviated daily interagency calls convened by the administration with Capitol Hill staff to discuss the coronavirus, two sources said. That includes phone calls led by various health agencies, the NSC and the State Department. 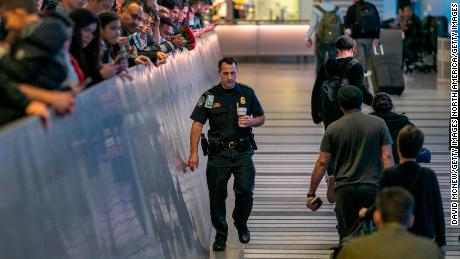 For now, the heightened response has helped avoid a major outbreak in the US- with only 11 cases identified so far in the US. But it’s also
led to confusion.

Some officials at airports and municipalities have said they barely received any guidance or logistical help in implementing the restrictions.

“Everyone has been trying to nail down clarifications on the travel ban,” an official at a major West Coast airport told CNN. “There were questions along the line like ‘How is this going to work? What are going to be the procedures?’ and ‘What are the details on a quarantine?'”

One government official on the East Coast told CNN after the travel restrictions came down, local and state officials were left scrambling to figure out how and where to quarantine people who were asymptomatic, but may have been exposed to the virus.

The official said that planes were arriving “within hours” with no federal protocols in place.

“The federal government basically said, we’re going to bring these planes in, and when they land, you guys figure it out,” the government official said.

A closed-door briefing Wednesday became heated when Hawaii Democrat Sen. Brian Schatz confronted administration officials over concerns that state and local officials are still being out of the loop and uninformed about the federal government’s plans, according to a source familiar with the discussion.

Schatz pressed officials from DHS and HHS on how they planned to address specific communication shortcomings but, ultimately, was begrudgingly met with a response of “ok, fine, we will look into it,” the source said.

It’s unclear how the outbreak will affect ties between Washington and Beijing.

Kudlow, Trump’s top economic adviser, has already said it could limit China’s purchasing commitments under the
phase one trade deal signed last month. But more pressing are recent questions about China’s role in containing the crisis within its borders. 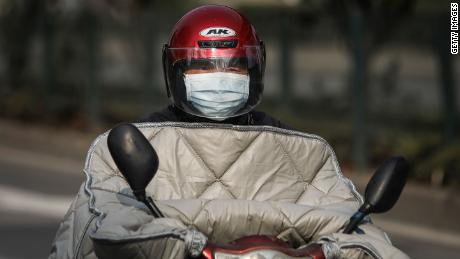 Trump has remained largely quiet on the concerns other US officials have voiced about China’s transparency and response to the outbreak — not the first time Trump has resisted criticizing problematic Chinese behavior, like its
crackdown of pro-democracy protesters in Hong Kong.

In this instance, people close to Trump said he did not want to embarrass Chinese President Xi Jinping for his country’s handling of the virus, despite concerns from his own team over the lack of transparency from the Chinese government and its willingness to allow outside experts to investigate the outbreak.

Instead, Trump has praised Xi even as reports emerged that Beijing had mishandled the crisis from the start and as Chinese officials lambasted the US for tightening restrictions on travel.

On Friday, Trump wrote on Twitter he “had a long and very good conversation by phone with President Xi of China.”

Trump’s description of the Chinese leader’s handling of the crisis was more complimentary than some other US officials, including in Congress, who have questioned whether China has been fully transparent about the origins of the outbreak

“He is strong, sharp and powerfully focused on leading the counterattack on the Coronavirus,” Trump wrote. “He feels they are doing very well, even building hospitals in a matter of only days.”

“Nothing is easy, but he will be successful, especially as the weather starts to warm & the virus hopefully becomes weaker, and then gone,” Trump went on, without explaining what he meant. “Great discipline is taking place in China, as President Xi strongly leads what will be a very successful operation. We are working closely with China to help!”

“We all need to keep working with the Chinese to be able to get this thing under control and being unnecessarily critical isn’t going to help that,” the official said. “What happens publicly might be very different than the messages conveyed behind closed doors.”