“In retrospect, we should highly praise them,” said Zeng Guang, chief epidemiologist at the Center for Disease Control and Prevention (CCDC). “They were wise before the outbreak.”

One of those whistleblowers, detained for spreading “rumors” as the city’s government continued to downplay the dangers of the virus, was Li Wenliang. A young doctor in one of Wuhan’s main hospitals, Li posted in a private group chat about the spread of a “SARS-like” virus.

Li was speaking from his hospital bed, having succumbed to the virus himself. In the early hours of Friday morning, his condition worsened, and the 34-year-old died, becoming one of hundreds of fatalities from an outbreak that has spread well beyond Wuhan, affecting all of China and dozens of countries around the world.

If Li’s initial arrest was an embarrassment for the authorities, his death is a disaster.

The reaction on the Chinese internet as news of Li’s death spread was immediate — and almost unprecedented.

“Countless young people will mature overnight after today: the world is not as beautiful as we imagined,” one commenter wrote. “Are you angry? If any of us here is fortunate enough to speak up for the public in the future, please make sure you remember tonight’s anger.” 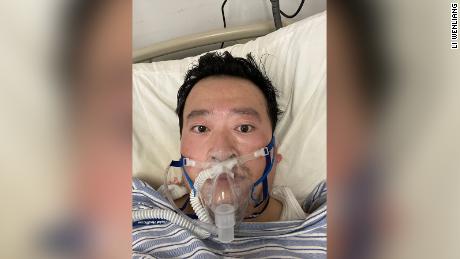 As the grief and rage poured out, those in charge of China’s vast censorship apparatus, the Great Firewall, seemed at a loss over what to do. Topics relating to censorship itself, usually absolutely verboten, trended for several hours before being deleted, rare evidence of
indecision and confusion.

On Weibo, a Twitter-like platform, two hashtags — “The Wuhan government owes Dr. Li Wenliang an apology” and “We want freedom of speech” — attracted tens of thousands of views, before being deleted. Another hashtag, “I want freedom of speech,” drew more than 1.8 million views in the early hours of Friday morning, before it too was censored.

The anger over Li’s death was made worse by an apparent clumsy attempt to control the narrative, one that was highly reminiscent of the overreaction that led to his initial arrest.

Multiple state media outlets reported Li’s death late Thursday night, citing friends and doctors at Wuhan Central Hospital, only to subsequently delete them without explanation. The hospital claimed efforts to resuscitate Li were underway, but later issued a statement that he had died. 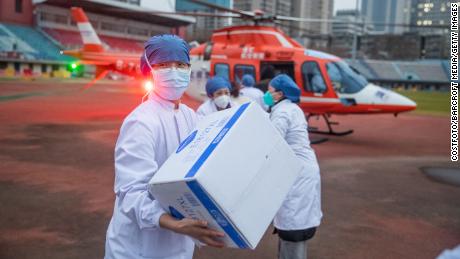 While it is possible that this was a mistake — and Chinese media wouldn’t be the first to misreport someone’s death — the suggestion that the censors’ hands were involved was enough to spark fury online.

“A doctor had to die twice,” wrote one user on the popular social media app WeChat. “That is national humiliation.”

Others pointed to the timing of the eventual confirmation, suggesting the authorities had tried to push the announcement until most people would be in bed so they could better control the reaction.

“I knew you would post this in the middle of the night,” wrote one user. “You think we’ve all gone to sleep? No. We haven’t.”

The fury and the pushback against the censorship apparatus itself has not been seen to this extent
since the Wenzhou train crash in 2011, when authorities rushed to cover up the causes of a high-speed rail collision, even abandoning the search for survivors while many were still alive.

That incident became a lightning rod for frustrations about poor safety standards in China and the uncaring attitudes of the authorities, just as it appears Li’s death will be a conduit for anger over a host of issues beyond the virus.

Li’s death and the authorities’ clumsy handling of it has exacerbated a crisis that is already shaking the very foundations of the Chinese state.

Since the transition from socialism to state capitalism and the brutal suppression of the 1989 Tiananmen Movement, China’s government has based its legitimacy on its ability to grow the economy, keeping its people safe and successful.

The Wuhan conronavirus threatens this social contract in two ways. The utter failure to contain the outbreak has put hundreds of millions at risk of a potentially deadly virus; while at the same time, the outbreak and efforts to tackle it have delivered yet another hit to an economy already struggling with structural issues and the US-China trade war.

Making matters worse is the evidence that it was the Communist Party system itself, which does not reward speaking out or risk taking, that likely led Wuhan city officials to initially downplay the virus and attempt to control the narrative.

Revelations about how Wuhan government functionaries handled the early weeks of the outbreak — especially the news that Li and other whistleblowers had been detained — led to considerable anger, but the central authorities were largely able to keep this focused on local officials by
allowing a rare amount of transparency and giving Chinese media a relatively free hand in covering the outbreak.

In the past week or so, however, the central authorities have tightened their grip on the flow of information, as increasingly draconian methods of control are put in place nationwide to stop the virus’ spread. Most of the country is on voluntary or mandatory quarantine, and the economic toll of such measures is starting to bite.

In response, state media has been emphasizing
positive
stories of resilience and heroism, and it seemed like Li might have fit into this new narrative, fulfilling a role similar to that of
Jiang Yanyong, a retired military doctor and whistleblower during the 2003 SARS pandemic. Perhaps Li could have been reframed as someone fighting the “pointless formalities and bureaucratism” that
state media has been inveighing against all week.

Li’s death has thrown this out of the window, and in doing so has exposed the cold reality at the heart of the Chinese social contract: when it comes down to it, individuals are absolutely expendable if the stability of the Party is at stake. Chinese authorities make a big point out of the country being a collective that pulls together in a crisis, unlike the individual-focused societies of the West, but ultimately people know that it is the Party, not the country, that comes first.

China’s censorship apparatus is built on this principle. Anything that threatens the Party, from open dissent to simply organizing outside of official structures — no matter how innocuous the topic — is not tolerated and must be erased.

The need to maintain stability is what will dominate the response to Li’s death. An outpouring of grief is fine, even some anger is acceptable, provided it can be focused on individuals and not the system at large, and some scalps may be offered to help this along. What the authorities cannot allow is for the Party or the central government to become a target, even when the Wuhan crisis and Li’s death have exposed their many shortcomings.

Whether they will be successful in doing so remains to be seen. Li’s sheer normality makes his death resonate all the more with the public. He was not some Party cadre or police officer of the type lauded in state media, noble and personality free, but a relatable and ordinary person, who posted on social media about loving fried chicken and ice cream, complained about work, and commented on pop culture.

He is every person who’s felt unloved by the Chinese bureaucracy, and he’s infinitely more sympathetic than the steely-eyed men and women trying to control the narrative around his death.