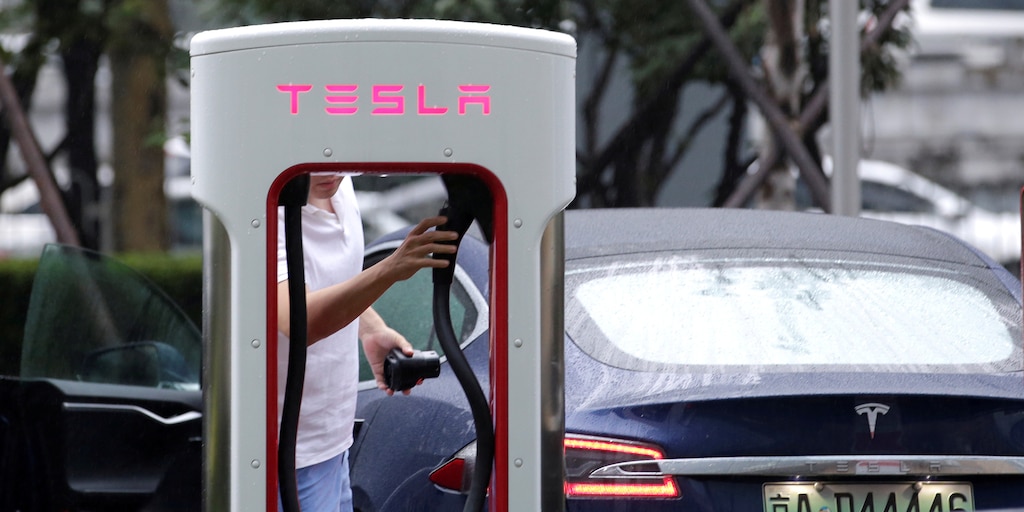 Shares of Tesla sank as much as 20% Wednesday following a parabolic rally that’s sent the stock up as much as 112% so far this year alone.

The dip could be for a few reasons. After a record-breaking rally, it’s possible that investors are taking profits from Tesla. If enough investors sold at once, it could lower the stock price dramatically.

On the company’s earnings call last week, Chief Financial Officer Zach Kirkhorn confirmed that the factory will stay closed for another week to week-and-a-half. Still, he said that the shutdown won’t have a significant impact on Tesla’s first-quarter financial results as the Shanghai factory is not yet a major contributor to earnings.

On Wednesday, CNBC reported that Tao Lin, vice president at Tesla, announced in China that early February deliveries will be delayed due to the shutdown, but that the production line will catch up once the outbreak situation improves.

The delayed deliveries are likely a “small speed bump,” for Tesla, Daniel Ives of Wedbush wrote in a Wednesday note.

“That said, China is the linchpin for the bull thesis in Tesla over the coming years,” he wrote, adding that it’s been a fundamental driver of Tesla’s recent rally.

“The news this morning will certainly ruffle the feathers of the China Tesla thesis bulls, however we believe it represents a speed bump that will be short lived and could move out a handful of deliveries in the region from March to the June quarter,” he said. Ives has a neutral rating on shares of Tesla and a price target of $710.

On Tuesday, Canaccord Genuity downgraded Tesla to “hold” from “buy” while maintaining its price target of $750, citing “a balanced risk reward” for investors to take profits.

The threat of coronavirus in China is also top of mind. “Just as we observed a clear buy signal coming into 2020, we see the risk of China’s coronavirus as a clear headwind to the Shanghai facility, suggesting a more pragmatic position,” wrote Jed Dorsheimer of Canaccord Genuity.

While Canaccord still views Tesla as the “leading EV juggernaut,” there will likely be a more attractive entry point for patient investors in the future, Dorsheimer wrote.

The Elon Musk-led automaker has a consensus price target of $470.23 and seven “buy” ratings, 12 “hold” ratings, and 18 “sell” ratings, according to Bloomberg data. 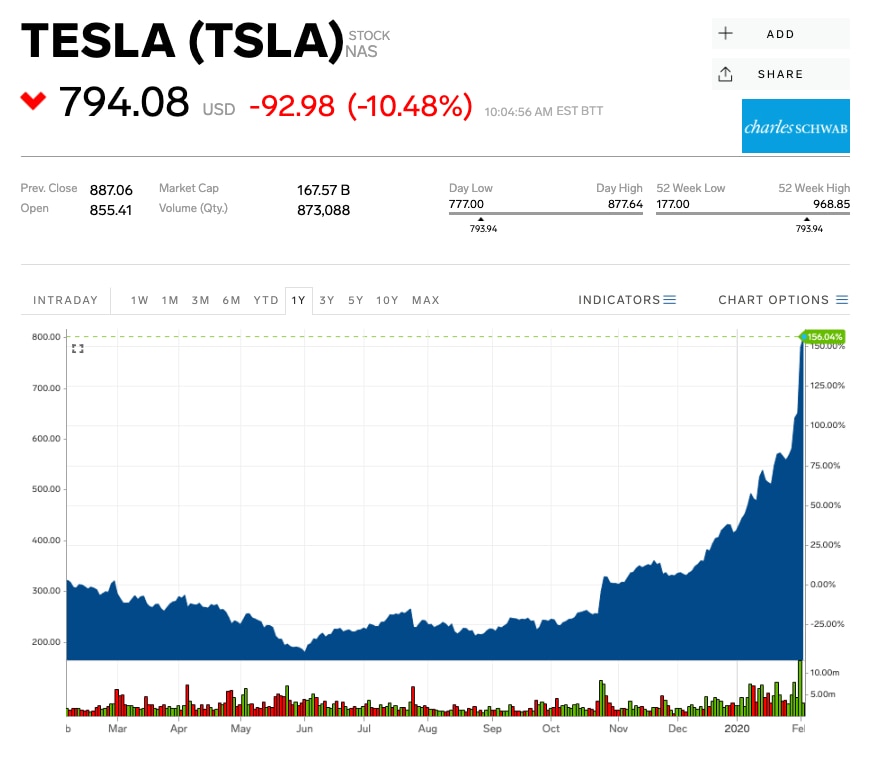 Read more: Renowned strategist Tom Lee pinpoints why exactly Tesla has surged 100% in just a month — and explains why it’s still one of his top stock picks of 2020