More than 100 rescue workers had been sent to Van province in eastern Turkey to try and reach two people believed to be still buried after an avalanche on Tuesday evening hit the area, killing five, Turkey’s Disaster and Emergency Management Authority said in a statement. 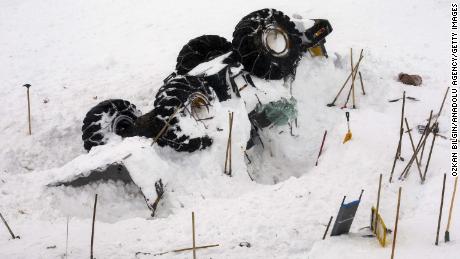 The second avalanche came down at around midday on Wednesday, burying rescue teams. At least 14 rescuers are among the 33 killed, the agency said.