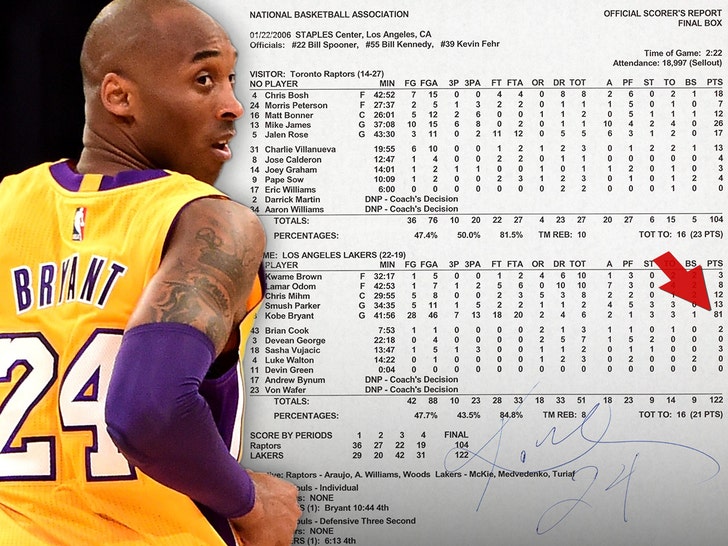 An autographed box score sheet from the night Kobe Bryant scored 81 points has just hit the auction block — and some of the proceeds will go to the families of the helicopter crash victims.

The rare document was personally signed by Bryant in blue ballpoint pen shortly after he dropped the incredible figure on the Toronto Raptors in that legendary 2006 performance.

You can see in the doc — which, according to Goldin Auctions, was only given out to media members, players and staffers after the game — Kobe was a flat-out BEAST during the Jan. 22 matchup. 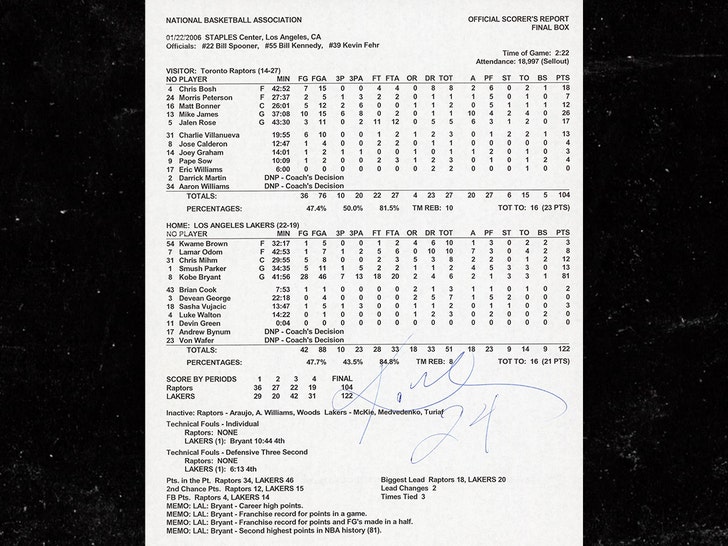 Of course, Bryant’s squad won the game — a sellout at Staples Center — and Kobe said of it all afterward he couldn’t have have imagined dropping that much “not even in my dreams.”

We’re told a portion of the proceeds from the auction will be donated to the MambaOnThree Fund — a charity set up to help the families of the other passengers that died in the tragic helicopter crash that killed Bryant and his 13-year-old daughter, Gianna, on Jan. 26.

Bidding on the amazing piece has already begun (it’s currently at $1,500) … and is expected to stay open until later this month.