Apparel companies create merchandise for both teams so that the players, coaches and staff will have them available for the trophy presentation and post-game celebrations, while fans will be able to immediately order them at the conclusion of the game.

That means gear for the losing team will not be made available to the public. Instead of wasting perfectly usable merchandise, a nonprofit organization will receive that gear as a donation to be distributed.

The nonprofit organization World Vision tells CNN that it “received runner-up goods from the NFL” up until 2015. While a spokeswoman for World Vision said that the organization didn’t know how much merchandise they would receive until after the game, the donated goods, including towels, shirts, hats and sweatshirts, were distributed throughout its network. 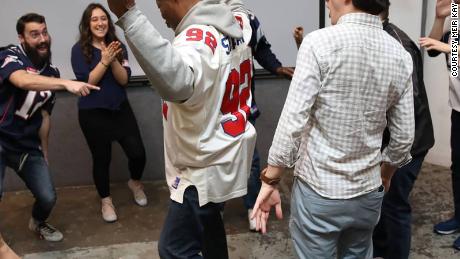 The non-profit
Good360 took over distribution of excess merchandise for the NFL and is currently in its sixth year working with the league. The league sends the Alexandria, Virginia-based organization a pre-approved list of countries where the goods can go.

Good360 chief development officer Shari Rudolph told CNN that the non-profit takes “every step possible to mitigate the risk of these items finding their way back into the US.”

Good360 has a network of pre-qualified and vetted non-profits that it distributes donations to, and it has distributed more than $9 billion in needed goods in total. Last year, the nonprofit distributed $330 million in goods.

So, if your team ends up losing the big game, at least take some solace in knowing that somewhere someone in need will have a shirt on their back celebrating a nonexistent championship for your team.