“We will catalog and box up all the non-perishable items like T-shirts, letters, basketballs, other toys, stuffed animals, and we’re going to put them in containers and ship them to Vanessa Bryant and the family,” Staples Center president Lee Zeidman told CNN. 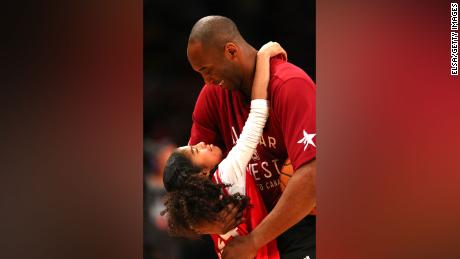 The Los Angeles arena will begin removing the items left by fans on Sunday evening to make room for contractually obligated events, he said.

Kobe Bryant, his daughter, Gianna, and seven other people were
killed on January 26 when a helicopter carrying them crashed into a hillside in Calabasas, California.

Representatives for Vanessa Bryant contacted the Staples Center with her request to receive the items, Zeidman said. The center was “extremely honored and happy” with Vanessa’s request and immediately agreed to mail her the thousands of tributes left by fans since Bryant’s passing last weekend.

Perishable items, such as plants and flowers, will be composted and spread around L.A. Live and the Staples Center. 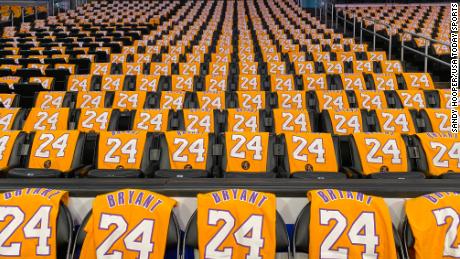 Zeidman told CNN the idea was inspired by a similar approach taken after the terrorist bombing in England’s Manchester Arena during an
Ariana Grande concert in 2017.

“We thought it was a very touching tribute and felt that this would be a way to honor Kobe, Gianna, and the seven others who lost their lives as well as the people who spent money to bring those flowers down here,” Zeidman said.

The process of dismantling the thousands of items left in the area will take days, according to Zeidman. They will begin boxing the tributes on Sunday after the Super Bowl.

Kobe Bryant fans are still welcome to continue visiting the Staples Center but Zeidman is encouraging people to donate to the
MambaOnThree Fund, which “exists to honor and support loved ones of the seven other victims involved in the tragedy” instead of bringing more gifts and flowers.