Latest News
Home /The little telescope that could has retired. It changed how we see the universe – CNN

The infrared telescope completed science activities on Tuesday, relayed back data on Wednesday and on Thursday will enter a safe hibernation mode thanks to a command sent from the engineering team.

It will continue to orbit the sun, at times trailing behind Earth and other times ahead of us, in a debris-free area 160 million miles away, said mission manager Joseph Hunt. You can experience the ”
final voyage” through a VR experience.

Spitzer is in NASA’s Great Observatories family, a collection of telescopes that operate at different wavelengths. Together, they provide a detailed look at the universe. Spitzer detects infrared light, while Hubble captures visible and UV light; Compton was designed for gamma rays; and Chandra sees X-rays.

NASA’s James Webb Space Telescope will be our new infrared eye in the sky when it launches next year. It will also be able to follow up on discoveries made by Spitzer.

“Spitzer has been a pathfinder of stars for us to investigate later,” said Spitzer astrophysicist Farisa Morales. And although the mission itself is ending, the archive of data it provided can be mined for decades, said Michael Werner, Spitzer project scientist.

It’s been referred to by astronomers as “the little telescope that could,” at times overshadowed by the Hubble Space Telescope and its splashy images.

Every person who worked on the Spitzer mission, from the concept phase in the 1970s or once the telescope launched in 2003, says the same thing about it: The telescope worked perfectly.

Spitzer was designed to observe “the cold, the old and the dusty.” This included objects too cold to emit visible light; incredibly distant galaxies and stars; and into the very dust of the universe’s building blocks.

The telescope was named in honor of the late astrophysicist Lyman Spitzer, Jr., a proponent of space telescopes.

Spitzer is a cold telescope in an orbit that trails Earth, both of which enabled it to be so sensitive to detecting infrared light and radiation. It was the first telescope in this kind of orbit because it allowed the mission to avoid infrared radiation from Earth. 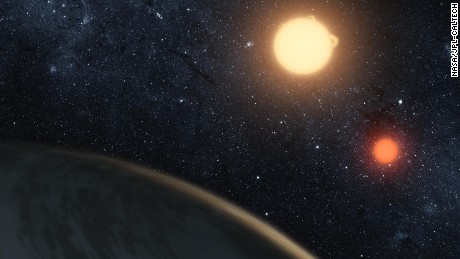 The telescope was also kept cold so it wouldn’t generate infrared heat. During its cold mission, which lasted for the first five years, it operated at negative 450 degrees Fahrenheit. In 2009, Spitzer ran out of helium coolant, sending it into a “warm” mission — which was still about negative 408 degrees Fahrenheit. This way, scientists could still observe in two infrared wavelengths.

The smart design of the telescope, and its distance from Earth, helped keep the telescope cool. All of the surfaces facing away from the sun are flat black, which radiates heat, and all of those facing the sun are silver, to reflect heat away. And it was the first telescope with a passive cooling design that had no moving parts — another reason it could be extended so many times, according to Robert Hurt, Spitzer visualization scientist.

From dust to exoplanets

Once it launched, Spitzer enabled scientists to make discoveries not only in our own backyard of the solar system but also stretching back into the distant universe.

Spitzer began by observing the composition of dust throughout space, the building blocks of planets and stars and even the chemical composition of
comet dust. These observations revealed new findings about planet formation and the
evolution of stars, including dead stars called
white dwarfs and failed stars called
brown dwarfs.
Its sensitive detection was also able to identify
distant black holes and how they form; learn more about interstellar visitor
‘Oumuamua; and even make the first detection of molecules called
buckyballs in space.

Given the fact that Spitzer was designed to be accessible and general purpose for the astronomy community, it was expected to contribute to a wide range of science. But it exceeded expectations. 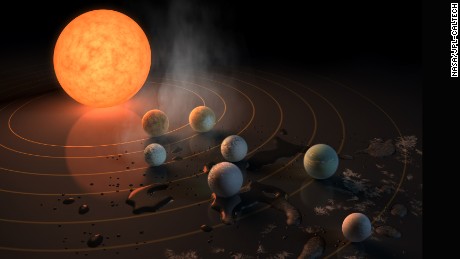 The Spitzer team thought the telescope would enable them to peer about 10 billion years into the past, but the most distant galaxy observed using the combined efforts of Spitzer and the Hubble Telescope existed just 400 million years after the Big Bang, said Sean Carey, manager of the Spitzer Science Center at the California Institute of Technology.

They were able to identify some of the
oldest clusters of galaxies ever found, and even
weigh them.

But perhaps the greatest discoveries made possible by Spitzer and the scientists analyzing its data are exoplanets. The telescope wasn’t designed for exoplanet detection, but it worked perfectly.

Spitzer had the ability to “stare” for 20 to 30 days at a time at a star, revealing planets, their light curves, atmospheres and even weather, according to Nikole Lewis, astrophysicist and assistant professor of astronomy at Cornell University. 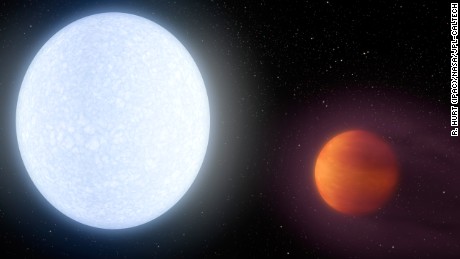 To the awe and excitement of astronomers, Spitzer was the first to
detect light from an exoplanet, identify molecules in an
exoplanet’s atmosphere, allow for the production of an
exoplanet weather map and find
distant exoplanets.
It also identified the planets of the famed
TRAPPIST-1 system — seven Earth-size, rocky planets orbiting a star with the potential for liquid water on some of their surfaces.

“TRAPPIST-1 was hands down the most amazing thing I’ve ever worked on,” Hurt said. “I remember when that paper hit my desk, I glanced at the light curve of the star and my jaw hit the floor. For all my work on transiting exoplanets, I had never seen that. It was the result of 500 hours of observation that revealed seven planets. I saw these syncopated dips and it was the most beautiful data I had ever seen. What an amazingly bizarre system it was.”

And then there was the expansion of exoplanets’ range
made possible by Spitzer: wild, weird and wonderful worlds, including one that is
hotter than most stars, an ”
iceball” and a
lava world.
Spitzer multimedia producer Tim Pyle and Hurt were responsible for the stunning illustrations and
animations of the TRAPPIST system so that people could
visualize it. They also created many
illustrations for other intriguing exoplanets found by Spitzer.

“My reaction to the TRAPPIST system was very emotional,” Pyle said. “It got me so excited thinking about what it looked like on these planets, everything we’d hoped for when we had science fiction visions of other worlds. Working on Spitzer, I’ve been able to illustrate so many different kinds of astronomical objects. It felt like we kept opening these new doors to what kinds of discoveries Spitzer could make. And at times, we were the first to illustrate these unanticipated findings.”

All told, more than 8,600 studies have been published using Spitzer data to reveal new insight about a range of mysterious space phenomena — including the
largest ring around Saturn.

‘A sense of community’

In addition to the science it enabled, Spitzer’s mission shaped careers,
brought people together and changed lives, according to those on the team.

“They never thought we would be able to reach a level of stability and precision to do the exoplanet measurements we did with Spitzer,” Lewis said. “The only way to figure out how to operate it was by coming together. The community aspect helped us navigate this totally uncharted territory.”

Collaboration spanned across fields, institutions and occupations, rather than competition, to make these discoveries possible. And the results have changed our understanding in a multitude of ways. 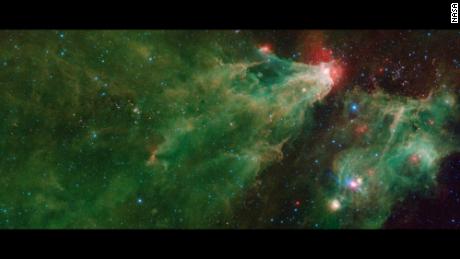 “Spitzer’s helped us rewrite our textbooks,” Carey said. “It changed our understanding of the universe. Spitzer told us fundamental things about exoplanet properties. We wouldn’t know that the bulk of star formation occurred 10 billion years ago. And my son is going to learn about the TRAPPIST system in school next year.”

And it’s a good example of what teamwork can achieve, Spitzer scientists said.

“Spitzer is an example of what can be achieved when you have a group of highly motivated people who are supported and directed and empowered,” Werner said. “It’s a monument and reminder of what humans are capable of. There’s a genius, ability and strength in the human spirit, and people made Spitzer happen.”