At age 23, the Baltimore Ravens quarterback was unanimously named the NFL MVP, becoming the second-youngest person to receive the award.

This and other awards — including the announcement of Troy Polamalu, Edgerrin James, Isaac Bruce, Steve Atwater, and Steve Hutchinson being elected to the Pro Football Hall of Fame — were announced Saturday during the taping of NFL Honors, a two-hour prime-time awards special held at the Adrienne Arsht Center in Miami.

Only Jim Brown, who won the MVP award at age 21 and 22, was younger than Jackson.

Jackson told reporters that winning the MVP award means a lot, even though he admits he wasn’t really outwardly showing it.

“I’m still young,” Jackson said. “I’ve got a lot of work to do. I’m not really trying to dwell on what I just did. If I win a Super Bowl, you’ll probably see more emotion (from me).” 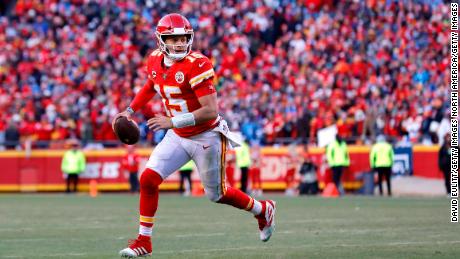 Jackson, in his second NFL season,
won the Heisman Trophy as a quarterback at the University of Louisville. He hails from Pompano Beach, Florida — about 25 miles away from Hard Rock Stadium in Miami Gardens, the site of
Super Bowl LIV.

Baltimore’s first game of the 2019 NFL season was there, against the Miami Dolphins. And after Jackson torched Miami in a 59-10 win — throwing for five touchdowns and no interceptions and had a perfect passer rating (158.3) — he had this to say to his doubters who didn’t think he’d make it as an NFL quarterback.

“Not bad for a running back,” he quipped.

“It feels good when you can make those people eat their words,” Jackson said Saturday.

He later went on to say, “Don’t worry about what they say. Do you. Stay focused because you want to be great.”

Waiting for ‘the knock’

A select few of NFL greats spent the day before Super Bowl LIV sequestered in their hotel rooms.

There, they waited to see if they would get “the knock” from Pro Football Hall of Fame president David Baker.

On Saturday, that knock came for five men, as Polamalu, Atwater, Bruce, Hutchinson and James found out in Miami that they had been elected. 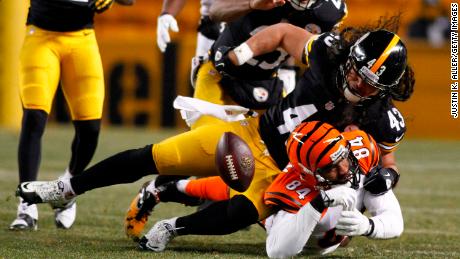 Polamalu, a first-time finalist in his first year of eligibility, was one of the dominant safeties of his era. He played his entire career — 2003-2014 — for the Pittsburgh Steelers, reaching the Super Bowl three times and winning twice.

Voted to eight Pro Bowls, Polamalu was a first-team All-Pro selection four times and was the Associated Press defensive player of the year in 2010.

“The Pittsburgh Steelers defense of the ’70s laid the foundation for the great defenses that I’ve been a part of,” Polamalu said.

He’s not just remembered for his play; Polamalu is known for his long hair. He still does commercials, including a recent one with Mahomes for
Head & Shoulders.

James, in his sixth year of eligibility, was elected after being a finalist four times.

The NFL’s offensive rookie of the year in 1999, James won the league’s rushing title in his first two seasons, when he was with the Indianapolis Colts. He reached Super Bowl XLIII with the Arizona Cardinals, was voted to the Pro Bowl four times and was an All-Pro three times.

“My thing was always to be patient,” James said of waiting for this day to come. “The work is done, and it’s just a matter of time.” 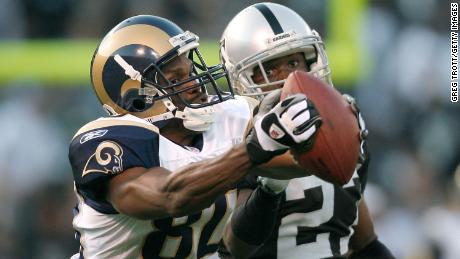 Also in his sixth year of eligibility and a four-time finalist was Bruce, who was part of the St. Louis Rams “Greatest Show on Turf,” winning Super Bowl XXXIV in 2000. Voted to four Pro Bowls, the wide receiver retired as the Rams’ all-time leader in catches, receiving yards, and most yards from scrimmage.

“For me, my knock experience was I wanted Mr. Baker just to wait a little while; I wanted two rounds of knocks — just to let him feel what I’ve been feeling the last couple of years,” Bruce said to laughter from reporters in a press conference.

Hutchinson, a guard, played for the Seattle Seahawks, the Minnesota Vikings and the Tennessee Titans. He aided in protecting running backs like the Seahawks’ Shaun Alexander and Adrian Peterson of the Vikings. Hutchinson was part of the Seahawks team that helped Seattle reach its first Super Bowl in 2005. 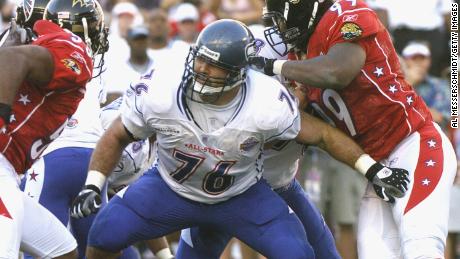 Hutchinson, a finalist in the three years he’s been eligible, was named first-team All-Pro five times and was voted to seven consecutive Pro Bowls.

He described the feeling of getting what he called the “heavy-handed knock” from Baker.

“As soon as the knock happens, it’s hard to explain,” Hutchinson said. “It’s like a weighted vest is taken immediately off your shoulders. It’s pretty special.”

Along with James, Hutchinson is part of the NFL’s All-Decade Team of the 2000s.

Of the five, it was Atwater, a safety in his 16th year of eligibility, who waited the longest for the knock. 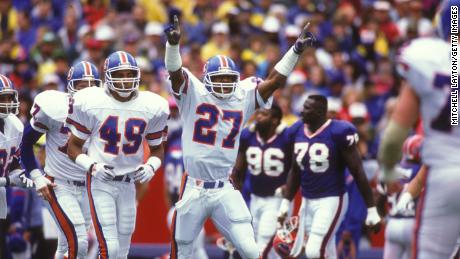 Atwater played for the Denver Broncos from 1989-1998 and the New York Jets in 1999, winning back-to-back Super Bowls with Denver. Part of the NFL’s All-Decade Team of the 1990s, Atwater was elected to eight Pro Bowls and was a two-time All-Pro. This was his third time as a finalist.

“When I heard the knock of the door, I knew it was time,” Atwater said.

As has been custom, the modern-era players were elected on the eve of the Super Bowl. To be elected, a vote is needed of 80% from the committee. There were 15 modern-era finalists.

But this year, in celebration of the NFL’s 100th season, the Hall of Fame procedure was markedly different. 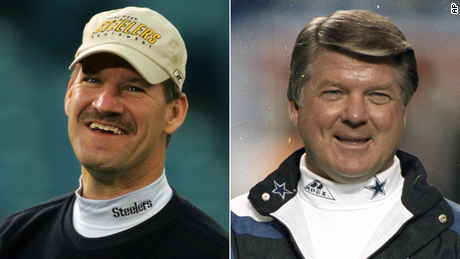 In previous years, the Hall’s bylaws had been that between four and eight new members were to be chosen each year. But the Hall of Fame Board passed a resolution suspending the bylaws to create a larger class for 2020.

In addition to the five elected on Saturday, there are 15 others who will be enshrined in Canton, Ohio. A separate panel met at the Hall of Fame in January and elected 10 seniors (players who last played more than 25 years ago), three contributors (an individual other than a player or coach) and two coaches.

“We’re special, man,” said Harold Carmichael, one of the seniors elected. “This is a special group.”

Here are those 15 other members that will be inducted into the Hall of Fame (* denotes that person is deceased):