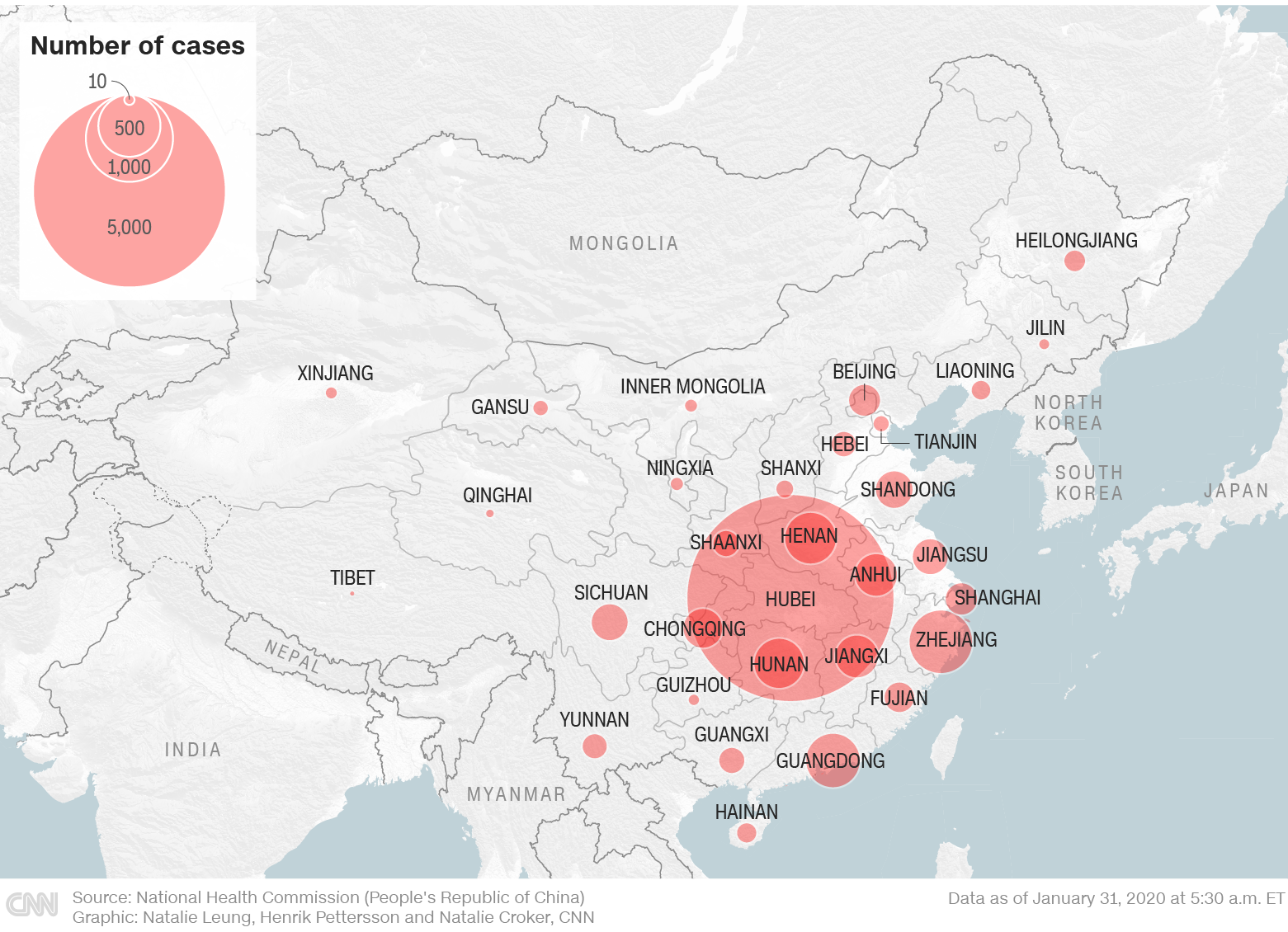 An estimated 75,815 people could be infected with the coronavirus in Wuhan, China — far higher than reported numbers, said Hong Kong researchers in a study published Friday.

Using mathematical models, the authors estimated that the number of people affected in Wuhan ranges from 37,304 to 130,330.

The estimates could be much higher than the number of confirmed cases because “not everyone who is infected would require or seek medical attention,” said Gabriel Leung, one of the authors of the study.

It could also be higher because of a delay between when someone gets infected, when they show symptoms, and when a lab is able to confirm results.

The study cautioned that “given the lack of a robust and detailed timeline of records of suspected, probable, and confirmed cases and close contacts, the true size of the epidemic and its pandemic potential remains unclear.”