Latest News
Home /Senate impeachment trial: Murkowski is a no on witnesses all but ensuring vote will fail – CNN

Murkowski joins Sen. Lamar Alexander, a Tennessee Republican, as potential swing votes on whether the Senate should seek out witnesses as former national security adviser John Bolton only to ultimately decide against it. Alexander said in a statement that the Democrats proved their case Trump withheld US security assistance to Ukraine in order to pressure the country to investigate his political rival — but the conduct was not impeachable, he said, and Bolton’s testimony would not change that.

“The House chose to send articles of impeachment that are rushed and flawed. I carefully considered the need for additional witnesses and documents, to cure the shortcomings of its process, but ultimately decided that I will vote against considering motions to subpoena,” Murkowski said in the statement.

“Given the partisan nature of this impeachment from the very beginning and throughout, I have come to the conclusion that there will be no fair trial in the Senate,” she added. “I don’t believe the continuation of this process will change anything. It is sad for me to admit that, as an institution, the Congress has failed.” 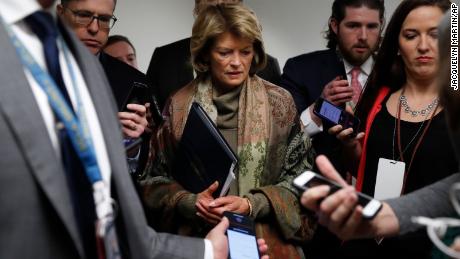 The biggest mystery remaining is how long the trial will last after the witness vote before the Senate takes a final vote on acquittal.

The Senate is debating the motion for witnesses for four hours on Friday, which stated at 1 p.m. ET, before the vote. Two Republican senators are expected to vote for witnesses, Sen. Susan Collins of Maine and Mitt Romney of Utah, along with all 47 Democrats.

After the witness vote is finished, the Senate could move to a final acquittal vote.

GOP aides say while they want the trial to end quickly following Friday’s vote on witnesses, it’s possible it could extend into Saturday or even next week.

Senate Republican leaders need 51 votes to do anything, and they were gauging how quickly they can conclude the trial without drawing objections from several members of the conference, specifically on the issue of deliberations, according to two sources. Senate deliberations, which would take place in closed session, are a wild card, with GOP leaders saying they’d like to move without them.

There’s also the uncertainty of how many motions Democrats will offer before a final vote, another factor that Republicans warn could push the acquittal vote to Saturday or next week.

“My guess is it probably is going to carry us over to the first part of next week, but obviously we have the Iowa caucuses on February the 3rd, and we have the State of the Union the next day,” Sen. John Cornyn, a Texas Republican, told reporters Friday morning. “So I think for all sorts of reasons it’s probably a good idea to bring this thing to a close in the near future.”

When the final vote does occur to acquit the President, it will mark the end of a remarkable, whirlwind four-month impeachment that began
when House Speaker Nancy Pelosi announced an impeachment inquiry on September 24, leading to the President’s impeachment on two articles — abuse of power and obstruction of Congress — less than three months later.

After a month delay, the Senate trial began two weeks ago. The House managers, led by House Intelligence Chairman Adam Schiff, presented a detailed case arguing they had overwhelming evidence that Trump withheld $400 million in US security aid and a White House meeting with Ukrainian President Volodymyr Zelensky while he pressured Kiev to open investigations into former Vice President Joe Biden and his son Hunter Biden.

The President’s team argued there was no quid pro quo — but also that even if there was one,
it was within the President’s rights if it was in the national interest.
Collins and the other Republican moderates included a provision in the Senate trial rules to allow for Friday’s witness vote, but the odds looked long for Democrats to convert four Republicans to back the vote until Sunday — when
The New York Times reported Bolton’s draft book manuscript alleged that Trump told him the US security aid was conditioned on investigations into Democrats, including Joe Biden.

But McConnell held his conference together enough to keep the witness vote at bay, with Alexander the lynchpin of his bend-but-not break strategy. Until Thursday, Alexander did not tip his hand on which way he was leaning, declining to speak to reporters about it and staying quiet in GOP conference meetings. He finally asked two questions at the tail end of the two-day Senate question period in the trial, which hinted at his eventual position. 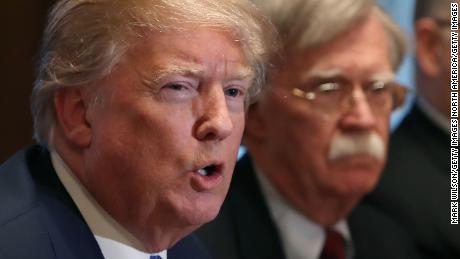 “The question then is not whether the President did it, but whether the United States Senate or the American people should decide what to do about what he did,” Alexander said in his statement Thursday. “I believe that the Constitution provides that the people should make that decision in the presidential election that begins in Iowa on Monday. … Our founding documents provide for duly elected presidents who serve with ‘the consent of the governed,’ not at the pleasure of the United States Congress. Let the people decide.”

Shortly before Alexander’s statement, Collins became the first Republican to back witnesses. “I believe hearing from certain witnesses would give each side the opportunity to more fully and fairly make their case, resolve any ambiguities, and provide additional clarity,” Collins said.

Romney will also vote for the motion to call witnesses, a Romney aide told CNN on Friday.

The one true undecided vote left in the Republican conference is Murkowski. She and Collins, sitting side-by-side in the Senate chamber, were two of the senators watching most intently throughout the course of trial.

“I’m going to go back to my office, put some eye drops in so I can keep reading,” Murkowski said on Thursday evening, adding she would announce her decision on the witness vote on Friday.

This story has been updated with additional developments Friday.

CNN’s Ted Barrett and Ali Zaslav contributed to this report.