Latest News
Home /US wants to put Patriot missiles in Iraq to counter Iran as it announces humanitarian aid channel – CNN International
Spread the love
The announcements come as the
House approved a set of measures meant to curb President Donald Trump’s ability to take military action against Iran, after tensions skyrocketed in the wake of the White House move to kill Iranian general
Qasem Soleimani.
Secretary of Defense Mark Esper said Thursday that the US has asked Iraq for permission to deploy a Patriot missile defense system in the wake of Iran’s response to Soleimani’s killing, a missile attack that injured dozens of
US troops and left 50 with traumatic brain injuries.

“Patriot batteries, Patriot battalion is not a small organization, it’s relatively large, so the mechanics of it all have to be worked out and that is in fact ongoing,” Joint Chiefs Chairman Gen. Mark Milley said standing alongside Esper at the Pentagon.

Momentum in Iraq seems to be toward reducing, not increasing, the US presence and capabilities there. The Iraqi parliament recently voted to have the US withdraw its troops. The Trump administration has responded by threatening to sanction Iraq and pull its foreign military funding if it does so.

As the US moves to bolster its regional defenses against Tehran, the US special envoy on Iran, Brian Hook, announced new sanctions on the Atomic Energy Organization of Iran and its head, Ali Akbar Salehi, as part of the Trump administration’s extended maximum pressure campaign.

The AEIO has been under US sanctions for much of the last 15 years, Eurasia Group analyst Henry Rome noted, and like other senior Iranian officials under US sanctions, Salehi “will likely wear the designation as a badge of honor.”

Hook also announced that the US was extending civil nuclear waivers for four projects for 60 days. The waivers allow foreign companies to work with Iran’s civil nuclear programs without facing US sanctions. 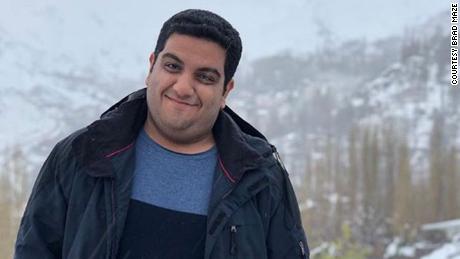 In addition, the Iran envoy said the US had agreed to a banking channel through Switzerland that has already been used once to help Iranian cancer and transplant patients. Hook warned that companies seeking to use the channel to export to Iran will face “a very high bar for due diligence.”

“The Iranian regime has a history of using front companies disguised as humanitarian organizations,” Hook said, “and then when food or medicine or medical devices are then processed, the regime diverts them and then uses them for the regime elite, medicines for the regime elite, or they sell them on the black market to raise revenue for the government. They don’t make their way to the Iranian people.”

The Swiss Humanitarian Trade Arrangement, initially announced in October, creates a secure payment channel that guarantees that companies will be paid for their exports to Iran. It is intended for commercial exports of agricultural commodities, food, medicine and medical devices. The mechanism is “in keeping with Switzerland’s humanitarian tradition,” the Swiss State Secretariat for Economic Affairs said in a statement Thursday.

The secretariat said that an initial trial run payment for a shipment of medicines was approved on January 27. Hook said one European company had met the standards to export, allowing for the delivery of the cancer and transplant drugs.

“There will be more companies that I have been talking with so that we can facilitate especially medicine and medical devices, so you can expect to see more transactions moving through this,” Hook said.

Iranian officials have accused the White House of
“state terrorism” because the US pressure campaign is squeezing the Iranian economy and leading to shortages of food and medicine that affect ordinary Iranians.

The administration has begun emphasizing in recent months that it has no interest in punishing the Iranian people. “The United States is determined to ensure the Iranian people have access to food, life-saving medicines, and other humanitarian goods, despite the regime’s economic mismanagement and wasteful funding of malign activities across the region,” Secretary of Treasury Steven Mnuchin said in a statement on Thursday.