Most Republican senators are agitating for the chance to vote to clear Trump of impeachable offenses, but a handful of their colleagues are still agonizing, beset by unique political factors or a battle with their consciences.

The news was the first sign that the band of Republicans open to hearing from Bolton especially might be larger than the three or so senators who have said all along they are considering such an option — though who those GOP lawmakers would be remained unclear Tuesday night.

A vote for witnesses could significantly prolong the trial, would certainly spark bruising legal confrontations and would enrage Trump — who is hoping to claim vindication at his State of the Union address next week.

The President weighed in to the mix and may have betrayed growing concern with a tweet on Tuesday evening, perhaps aimed at wavering Republican senators.

“No matter how many witnesses you give the Democrats, no matter how much information is given, like the quickly produced Transcripts, it will NEVER be enough for them. They will always scream UNFAIR. The Impeachment Hoax is just another political CON JOB!” Trump wrote.

Senate Minority Leader Chuck Schumer tried to thicken the plot in an interview on CNN’s “Erin Burnett OutFront,” suggesting that there were “10-12 Republicans who have never said a bad word about witnesses or documents who know in their hearts that it’s the right thing to do.”

“But they have to weigh that against the pressure — the twisting of arms — that Donald Trump and Mitch McConnell will put on them. So I think it’s up in the air right now,” the New York Democrat said. 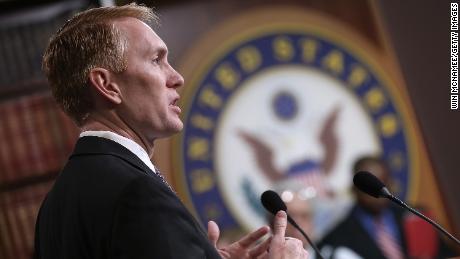 But if McConnell’s full court press and party loyalty triumphs over a traditional perception of senators’ role in a Senate trial, a vote to block witnesses and to acquit Trump in the Senate could come as early as week’s end.

It was not immediately clear whether the Senate majority leader was having serious problems pulling together his caucus, or whether indications of a lagging vote count were designed to pressure holdouts.

Democrats need to convince at least four Republicans to join them to call witnesses including Bolton, the ex-national security adviser who wrote in a book manuscript that Trump ordered him to keep a freeze on aid to Ukraine.

There is some talk of a halfway house solution — making the manuscript available to senators in a classified setting — though that step has been ridiculed by Democrats who say the public needs to be let in on the secret and McConnell has shown little public interest in the idea.

Connecticut Sen. Chris. Murphy, a Democrat, said that the idea of subpoenaing the Bolton manuscript, the existence of
which was first reported by The New York Times, instead of his in-person testimony was “bull***.”

“You have to be able to put John Bolton under oath and question him. They are so scared of his testimony because they know it blows a giant hole in the President’s case,” Murphy told CNN’s Lauren Fox.

Lead impeachment manager
Adam Schiff warned that refusing to call Bolton was incompatible with the duty of senators to pursue justice.

“I don’t see how the oath of impartiality can be interpreted any other way than demanding a fair trial that includes witnesses and documents,” Schiff said.

But Republican Sen John Barrasso, a member of his party’s leadership group, has made his mind up, saying: “The overwhelming consensus is we’ve heard enough — and it’s time to move to a final judgment.”

Still making up their minds

Sources familiar with the Republican meeting said that several senators had not made up their minds one way or the other, adding to McConnell’s uncertainty over his whip count.

“Things have stabilized and if I had to guess, we’ll have 51,” to block moving forward with witnesses and documents, said a GOP senator who was in the room. Any more revelations about Bolton’s book in the coming days could further shake Republican holdouts and bolster Democratic demands.

A vote for witnesses, even for personal political reasons, would be an act of courage by GOP senators — given a fierce backlash likely from colleagues, Trump’s supporters and an angry President who is itching to celebrate a huge political victory and has a record of torching critics in his own party.

The most likely senators to vote for witnesses are still seen as Alaska’s Lisa Murkowski, Maine’s Susan Collins and Utah’s Mitt Romney. It’s unclear if there is a fourth vote. Some vulnerable swing state senators such as Cory Gardner of Colorado are also under fierce Democratic pressure. Such lawmakers are caught between wanting to avoid antagonizing moderate voters angry about Trump’s conduct and getting on the wrong side of the President’s supporters who they need to show up in large numbers to have any chance of survival in November.

Trump has ruled his party with a rod of iron since winning its nomination in 2016 and forced it to accept and facilitate norm-shattering behavior. So it would be a real surprise to see a Senate revolt on the issue of witnesses.

Murkowski was seen in deep conversation with Collins during a break in the trial on the Senate floor on Tuesday — and she later spoke to Sen. John Thune of South Dakota, another member of the Senate leadership group. 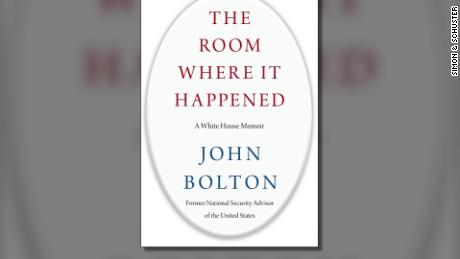 Bolton’s revelations reported by the Times rocked the trial because they appear to be strong evidence that the President did indeed use military aid in an effort to coerce Ukraine to investigate Democrats including Joe Biden — the question at the center of the Senate trial. They also made life a lot less comfortable for Republican senators who must now explain why they don’t want to know more.

The former national security adviser was a key player in Trump’s White House. According to testimony from a colleague, former top administration Russia hand
Fiona Hill, he described Rudy Giuliani, Trump’s top informal envoy to Ukraine as a “hand grenade” who could blow everyone up.
Yet Trump’s personal lawyer
Jay Sekulow told the Senate trial that Bolton’s evidence was inadmissible and irrelevant. He said impeachment “was not a game of leaks and unsourced manuscripts.”
Arguments made by another member of Trump’s team,
Alan Dershowitz, on Monday night appear even more important in light of the delicate balance within the Republican caucus.
His theory that even if Bolton was telling the truth Trump’s conduct
would not amount to an abuse of power or rise to the level of impeachment offers a possible way out for Republicans alarmed by the manuscript.

The Bolton revelations that sprung up in the middle of the defense case also explain why McConnell wanted to get the proceedings over as quickly as possible. But they also raise the possibility that Republicans could vote to acquit Trump and then could pay a political price down the road if Bolton’s book reveals new evidence of misconduct.

Trump’s strongest supporters in the Senate are, however, making a forceful case to their colleagues to reject witnesses.

Republican Sen. Rand Paul of Kentucky attacked Bolton’s credibility as a witness after he left the White House last year on acrimonious terms and said he now wanted to make money on a book.

“I think we need to ask, is he a disinterested, or a neutral or a dispassionate, witness. I think we need to take with a grain a salt, his testimony, if he were to come in,” Paul told Wolf Blitzer on “The Situation Room.”

House impeachment manager Jerry Nadler, a New York Democrat, however said such arguments were overcome every day in the regular legal system.

“It’s fundamental in any trial … that you listen to the witnesses and you make the judgment as to whether the witness is credible in telling the truth,” Nadler said at a Capitol Hill news conference.

Schiff also sought to raise the heat on Republican senators over Bolton and also apparently to shape the political battlefield should they take a different route and quickly vote to acquit the President.

“The question squarely before the senators is will there be a fair trial?” Schiff said.

“Will there be a trial that American’s overwhelmingly want those that are for or against the President … want the trial to be fair, which means the calling of witnesses so that is the threshold issue that the Senate will have to decide.”

While Republican senators in overwhelmingly red states have a strong incentive to please the President — others with more difficult reelection races or those who are examining their consciences have a tough choice.

A vote against the President on this question could hamper their future careers, invite primary challenges, isolate them in their party and put lucrative retirement jobs in the conservative firmament at risk.