After a yearlong beta, the ad-free-news startup Scroll launched to the general public today. Founded by former Chartbeat, Spotify, and Foursquare executives, Scroll promises an ad-free reading experience on more than 300 news sites (plus a few other integrated perks) for $5 per month, with a portion of that money going to the sites you read most. 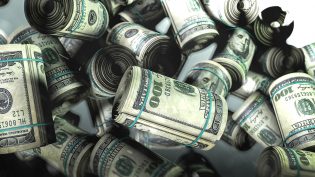 It’s one of the news industry’s most significant attempts to address a real problem. There are probably lots of people who like your content enough to click on a link and have an ad or two put near the free story they want to read. And there may be a few people who love your content so much they’re willing to pay a monthly subscription fee for it. But what about everyone in between — the people who might be okay throwing you a dime now and then but who
aren’t going to buy subscriptions to all of the news sites they read? How can publishers get revenue from
them? 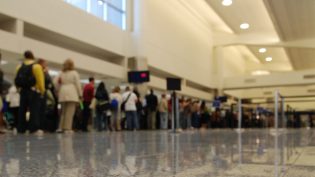 CEO
Tony Haile — the former CEO of Chartbeat and
a major reason news industry insiders have paid attention to the startup — says Scroll was born out of his own frustration as an online news reader who resented slow-loading junk ads and dodgy trackers. For lack of a viable alternative, he knew some of his favorite outlets were laying off journalists and doubling down on digital ads in ways that “just didn’t make sense from a user experience perspective.”

One common response to this onslaught of ads has been to install an ad blocker — something roughly a quarter of Americans say they do. But that usually prevents even the most user-friendly sites from getting much-needed ad revenue too.

Haile thought there was a way to offer a better online reading experience and ensure publishers receive more money than they’d get through advertising — especially advertising sold by some distant ad network and not the publication itself. As Ken Doctor reported back in 2018, Haile and his cofounders dreamed up the basics years ago, including the idea to distribute 70 percent of the $5 subscription cost to individual publishers based on how long each user spends on the site. (Haile said early adopters will pay just $2.49/month for the first six months; Scroll also offers a free 30-day trial.)

The lengthy beta period allowed Scroll to clear technical hurdles — like figuring out how to keep a user logged across multiple sites and across desktop, mobile, and tablet platforms. But it also gave the team, which has grown to 15 employees, time to refine and expand the initial ad-free idea.

“The key thing that has changed is that we’ve felt more confident in our vision,” Haile said. “It’s not just ‘Can you get rid of ads,’ but ‘What does a better internet look like?’”

For Scroll, creating a better internet means consciously designing a system to reward high-quality content over clickbait. The startup distributes membership revenue based on the share of time — calculated per individual user so smaller publications get a fair shake — that each reader spends on their site. Every user receives a monthly breakdown of how their subscription dollars were distributed.

My favorite little thing about @tryscroll is seeing where my money goes each month: pic.twitter.com/lFlRPo88Mb

A better internet also means reckoning with how most people read online news. After noticing that roughly two-thirds of traffic during the beta was coming from mobile devices, Scroll built features that allow a user to start an article on a desktop computer, pick up where she left off on her phone, and then switch to listening to the article on a commute. (One beta tester noted that Scroll had “just casually thrown in” the best text-to-audio speech the user had ever heard, according to Haile.)

In a demonstration just before launch, articles and home pages in Scroll’s 300-site network loaded markedly faster than their ad-filled counterparts. In one comparison, a USA Today page took more than 18 seconds to load, and readers would still have to click away from a full-page advertisement for “Star Trek: Picard.” With Scroll? The homepage, sans ads, was fully loaded in one second. (Obviously the difference would be smaller on article pages with less aggressive advertising.)

Scroll expects this frictionless reading experience to benefit publishers too, as users develop loyalty to sites that offer a faster, cleaner reading experience. (It’s not unlike the pitch for Apple News, though there the revenue model is still all about advertising.) At this early stage, Haile said Scroll’s partners were seeing an average of $46 in revenue per thousand pageviews. Although Haile said that number would “surely fluctuate” (he expects publishers to see closer to $25 or $30 as the network matures), Scroll still beats comparable advertising figures, which Haile estimated between $5 and $20 for the same number of pageviews.

One of the most surprising things to come out of the beta period, Haile said, was the emotional response early users reported. “We knew [Scroll] would be faster and better looking,” Haile said. “But I wasn’t expecting the emotional perspective. Users said the internet felt more manageable. There was a new sense of safety and sanctuary.” (Your mileage may vary.) 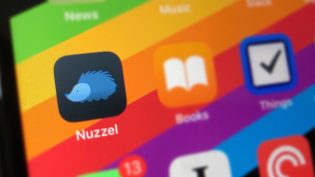 Similarly, Haile said he hopes the Twitter-aggregating news app
Nuzzel,
which Scroll acquired in February, will make users feel they’re using a more trustworthy version of the internet. Nuzzel, through curators and aggregation, provides “a healthier way to interact with social,” one that directs users toward quality content without, as Haile said, “getting dragged into the morass.”

User retention, based on the beta experience, seems to boil down to a simple question: Does Scroll have the sites the user likes to visit?
As they’ve added more and more partner publications, Haile said there has been a direct correlation with retention. And as the network grows, more members get more value, more subscriber revenue goes to the sites, and more sites have an incentive to join. “We know, as an industry, that we need to experiment in new business models and yet we see so little actually happen,” Haile said. “We’ve been very lucky to work with partners that believe we need to be innovating and take a data-oriented approach.”

Haile acknowledges that the self-selected beta testers probably belong to “a more specialized, media-aware category” than the general public — more like Nieman Lab readers than normal humans — but he’s encouraged by the user behavior he’s seen so far. In the near future, he says he’ll be paying attention to how engagement patterns change after the public launch and working to recruit additional media partners — including more local news outlets — to Scroll’s network.