The governor said he recently visited the Mississippi State Penitentiary at Parchman, where nine prisoner deaths have taken place in the past month, some by hanging and some following altercations within the facility.

“The problems were infuriating, there is no excuse,” Reeves said. “We can do better.”

Reeves said Monday he has instructed the Mississippi Department of Corrections to shut down Unit 29, which he called “the most notorious unit.”

He said while there are still many “logistical questions” about what that process will look like, the change was necessary in order for the state to begin moving in the right direction.

In June, state Department of Health environmental administrator Rayford Horton issued a lengthy report about the conditions at Parchman and highlighted several serious issues within Unit 29.

The
unit’s kitchen, for instance, had a missing soap dispenser, stopped-up garbage disposal, milk and food with no expiration dates, a fly trap “covered with flies,” a ceiling leaking above a dishwasher and food that needed to be removed from a moldy, 75-degree cooler.

Search for a new leader

Meanwhile, Reeves also announced that a team of experts is on a nationwide hunt for the next leader of the corrections department.

Pelicia E. Hall, the department’s former commissioner, announced her resignation last month saying she had accepted a position in the private sector.

“Since early March 2015, I have been focused on progressively moving the Mississippi Department of Corrections forward,” she said in her December statement. “While there have been many challenges, my administration has kept its focus on that goal.”

Hall had asked for $22.5 million in her fiscal 2021 budget request in order to repair Unit 29, which she wrote in an August budget letter has “become unsafe for staff and inmates due to age and general deterioration.”

She had also asked for another $35.6 million to fill about 800 vacant positions at three state prisons. Even with a 3% pay increase in July, Hall said in an earlier statement, salaries of Mississippi correction officers are the lowest in the country.

A recent lawsuit filed on behalf of more than two dozen inmates is also targeting the conditions of state prisons.

Yo Gotti and Team Roc — the philanthropic arm of Jay-Z’s entertainment company, Roc Nation — were able to get legal representation for the inmates to be able to sue, Yo Gotti’s publicist previously told CNN.

In a new motion, the inmates asked for an emergency protective order to allow an independent agency to take over running the day-to-day operations of the prison. 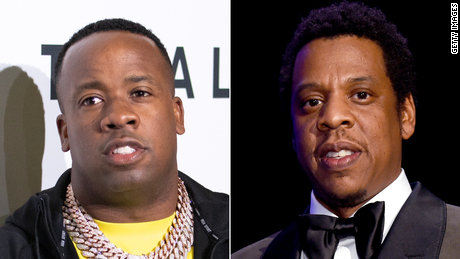 One inmate statement says that because the prison is understaffed, some inmates feel at risk when housed with more violent ones. Other statements detail neglect from the guards, problems with the food, rats, mold and cell leaks.

In her statement, Graham says that “sewage that has risen from the plumbing system into the living and eating quarters of the inmates poses a severe irreparable and immediate threat to the inmates safety, health, and life.”

“Risk of sewage of this type and degree has… serious and even lethal health risks,” Graham said.

CNN has reached out to the Mississippi Department of Corrections and Reeves for comments on the emergency motion.

The initial lawsuit, filed earlier this month, said that the state has increased its number of inmates but “dramatically reduced its funding of prisons.”

“These inhumane conditions are unconstitutional,” the suit says. “The Eighth Amendment of the United States Constitution prohibits the infliction of cruel and unusual punishment and is violated when prison officials fail to protect against prison-related violence and when prison conditions fail to meet basic human needs.”