She was seated in the front row with Kim Jong Un, between Kim Jong Un’s wife, Ri Sol Ju, and his sister, Kim Yo Jong.

Kim Kyong Hui’s former husband Jang Song Thaek was once regarded as North Korea’s
second-most powerful figure. He served as vice chairman of its top military body and was often pictured beside Kim Jong Un, who has ruled the hermit nation since his father died in 2011.
Jang was seen as an economic reformer within the totalitarian regime, and used his connections with China to attract investment. He and his wife were initially tasked with guiding the young leader through his early years of power — but in 2013, Jang was
removed from his post and executed. 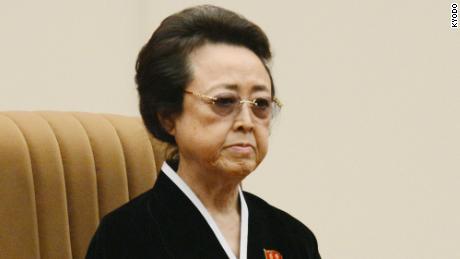 KCNA reported at the time that a special military tribunal had been held against the “traitor for all ages,” who was accused of trying to overthrow the state “by all sorts of intrigues and despicable methods.”

“All the crimes committed by the accused were proved in the course of hearing and were admitted by him,” the report added. The KCNA report described Jang as “despicable human scum” and “worse than a dog,” and said he had betrayed his party and leader. Once his guilt was established, Jang was immediately executed, the report said. 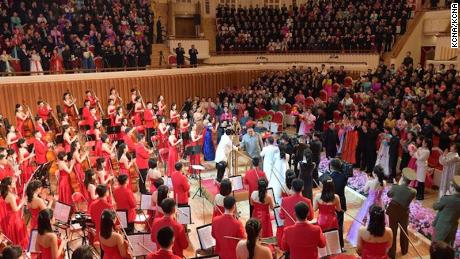 The execution
stunned North Korea experts at the time, with one calling it “unprecedented.”

After Jang’s death, various reports suggested that Kim Kyong Hui had a fatal stroke, heart attack, committed suicide or was in a vegetative state after undergoing surgery for a brain tumor. But in 2015, it emerged in parliament that the South Korean intelligence agency believed she was still alive.