With just days to go before the Union Budget 2020-21 is presented, all eyes are on tax receipts for the current fiscal year (April 2019-March 2020, or FY20), which would be revised in the Budget. The numbers become all the more important because actual tax collections fell short by Rs 1.91 trillion compared to what was projected in 2018-19.

The first year of the Modi government in the previous stint (2014-2019) also registered a fall of over Rs 1 trillion compared to initial projections for tax collections. Then Finance Minister Arun Jaitley had blamed it on his predecessor P Chidambaram whose numbers in the interim Budget were taken as it is by Jaitley. However, the interim Budget this time was presented by the Bharatiya Janata Party government, with Piyush Goyal as the finance minister. 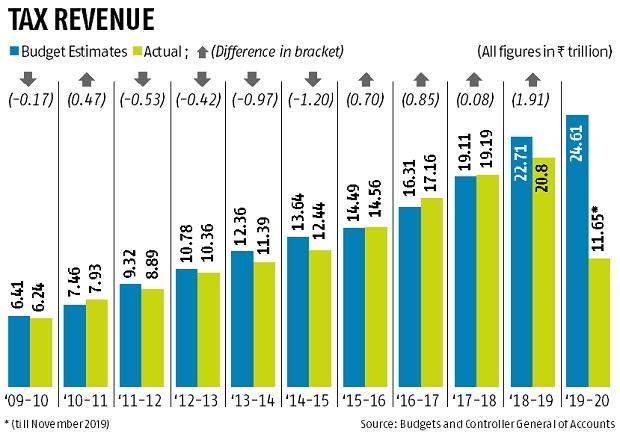