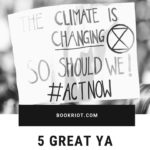 If the start of 2020—of a fresh new decade—has taught us anything, it’s that we cannot hide from climate change. The effects are here, and they’re getting worse. Roughly 18 billion acres of Australia have burned in a devastating fire season that’s not yet finished. At least 27 people are dead, and an estimated 1 billion animals are gone.

And this is just the beginning. Droughts, floods, wildfires, storms—all are becoming more intense, prolonged, and frequent. The publishing world has spent the past several years grappling with that fact, producing more and more climate fiction. This includes a number of novels for those who will feel our climate emergency’s effects most harshly: young adults.

As we know, it’s often easiest to grapple with our hard truths from a slight remove. Accordingly, I’ve gathered several YA novels that use elements of fantasy or science fiction to illuminate issues of our own world and age. I’d recommend any of these titles to fulfill the 2020 Read Harder Challenge’s task to read a book about climate change. 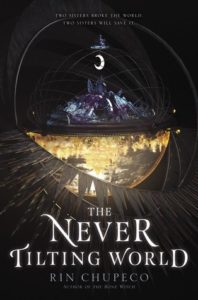 This first book of a planned duology introduces the world of Aeon, long ruled by generations of twin goddesses. But 17 years ago, a betrayal fractured the world and stopped it from turning. Aeon was split in two, with one half of the world covered by endless night and the other plagued by relentless sun. Now, the teenaged daughters of feuding goddesses are being supernaturally drawn to the Great Abyss that divides their two realms. Rotating POVs give us an in-depth look at a ravaged planet and the desperate attempts to stave off collapse.

This dystopian fantasy draws on social, political, and environmental themes that include Simmons’s own family story; her great-grandmother was taken to one of the United States’s Japanese internment camps during World War II. In the future she’s created, the world has been unmade and much of human life has been wiped out by disease and catastrophe. Resource shortages plague what was once California. Meanwhile, the government has announced it’s relocating some of its poorest citizens to Pacifica, a supposed island paradise. But is it all that’s been promised? 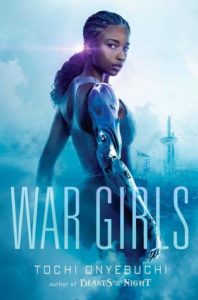 The setting for this sci-fi offering is our worst-case scenario. Nuclear war and climate change have destroyed Earth, rendering large portions uninhabitable. Some human survivors have escaped to space colonies. Sisters Onyii and Ify, however, are among those trying to eke out a living in a war-torn Nigeria. (Onyebuchi draws inspiration from the Nigerian civil war of the 1960s and ‘70s.) Warfare tears the sisters apart. But as both girls forge diverging paths for survival, they dream of a future together—a future at all really.

The most startling aspect of this Gulf Coast–set dystopia is its sense of immediacy. In our own time, a series of high-powered hurricanes devastates the Gulf Coast. The region is then quarantined and abandoned by the rest of the United States after an outbreak of Delta Fever. Fast-forward to 2056, as teen Fen de la Guerre and those like her attempt to scratch out an existence in a coastal wasteland. When a scientist sneaks himself across the border from the “outer states,” he and Fen become unlikely allies in a fight for survival. Fascinating world-building mixes with a sense of near-reality. 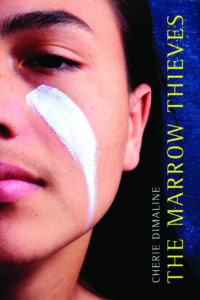 The Marrow Thieves by Cherie Dimaline

In a future Canada, a country in a world beset by climate disaster, much of the population has lost the ability to dream. The exceptions are the various Indigenous peoples of North America. In the resultant chaos of a dreamless world, Indigenous peoples are hunted—by the government, by scientists, and by settlers. Why? Their bone marrow is thought to contain the cure to the epidemic. Amid a polluted, altered landscape, 15-year-old Frenchie falls in with a band of survivors on the run. This is a novel about climate change, yes. It is also the story of the history of Indigenous loss and resilience.

Sign up to receive Check Your Shelf, the Librarian’s One-Stop Shop For News, Book Lists, And More.